WHAT IS IT ABOUT?

After 5 weeks of shooting, we are seeking to fund editing and post production of our documentary film about the Chinese fishmeal factories that exploit the Gambian coast and deprive Gambians of the bonga fish – their primary source of protein.

A LOOK FROM WITHIN

The "smiling coast" - as Gambians call their country - gets a bit less smiley when confronted with exploitation of its marine resources, degradation of the environment, corruption and hardships it creates in people's daily lives. We wanted to understand the issue first and this could only be done by living inside the community, being close to the people. We held hours-long conversations over attaya, spent weeks in people's homes, fishing ports and villages, before we even started shooting. Many joyful moments, as well as challenges we've learned from. But most importantly, we met courageous people who let us into their lives and shared some very tough experiences. Their stories deserve to be heard. 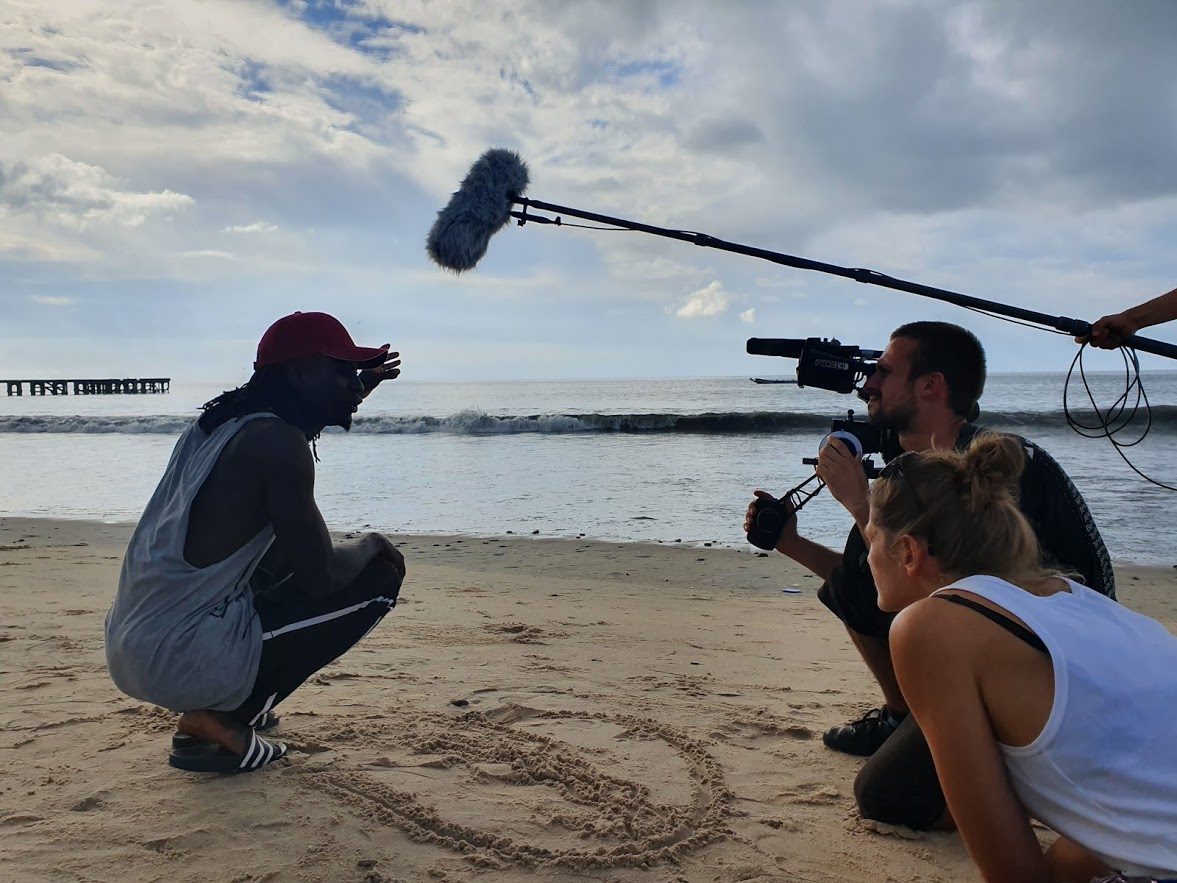 After spending over a month in the Gambia, with the support from Minority Rights Group, the last stage that awaits us is editing and postproduction and we still need the funds! That's why we are hoping for your support. Many film professionals, experts and translators have committed to the film. More precisely we need to finance:

We want to raise awareness on the problem that affects the entire West Africa Region. We feel responsible towards the community and towards our characters to complete the film as soon as possible.

EVER HEARD ABOUT THE GAMBIA?

The Gambia is one of many examples of the exploitation of the West Bank of Africa. As the smallest African country and one of the poorest, whose population is only 2 million, it is particularly affected by the influence of the West and China. Gambia gained freedom from the yoke of colonization as one of the last African countries and did not enjoy it for long. After a 20-year dictatorship of the tyrant Yahya Jammeh, a short breath of democracy can be felt, but Gambians still await real chage. Chinese fishmeal factories began to appear on the coast during the dictatorship era, but are equally suported by the new government.

ST, a popular Gambian rapper, well depicts the Gambian reality. In his artistic criticism, while outlining the context of poverty and migration, he does not ignore the Chinese factory in Gunjur. ST also supports our project.

Most bonga fish - the primary source of protein so far - now goes to the factories. Fishing is the only source of income for many Gambians, whose livelihood is estimated at just $ 2 a day. Only few can afford meat, even vegetables and fruits can be too expensive for the average villager. Until now it was the fish that was the cheapest and most accessible source of protein, access to which is increasingly difficult. Prices are inexorably going up, and the factories are taking away the opportunity to work. Factories exploit Gambian waters, appropriate the land, pollute the ocean, generate toxic smoke that prevents healthy breathing on the coast. The factory owners promised the Gambians many things in exchange - hundreds of jobs, new roads, development in general. Unfortunately, none of these promises were fulfilled. Instead, the factories brought social divisions, increased malnutrition, environment degradation. Untreated waste released to the se and to the air threatens the health and life of residents who do not have access to proper medical care.

FISHMEAL - WHAT THE HECK IS THIS?

As misterious as it may sound, fishmeal is powdered-up fish, used to feed pets, pigs and poultry, as well as fish in artificial aquaculture in Europe and China. Normally it is made from fish waste, however in West Africa, Chinese corporations use the entire fish. This, according to Greenpeace, is highly unsustainable, threatening both food security in the region, as well as marine life in the ocean. The recent Greenpeace report titled "A Waste of Fish" explains the issue in detail.

WHY IT IS SO IMPORTANT?

The film is made in cooperation with the Minority Rights Group, acting for the benefit of minority groups and human rights around the world. In an era of xenophobic and racist attacks in Europe, it is especially important to consider the causes of migration, see what is on the other side of the Mediterranean. Understand the mechanisms that make Africans travel to Europe, often risky and very dangerous. 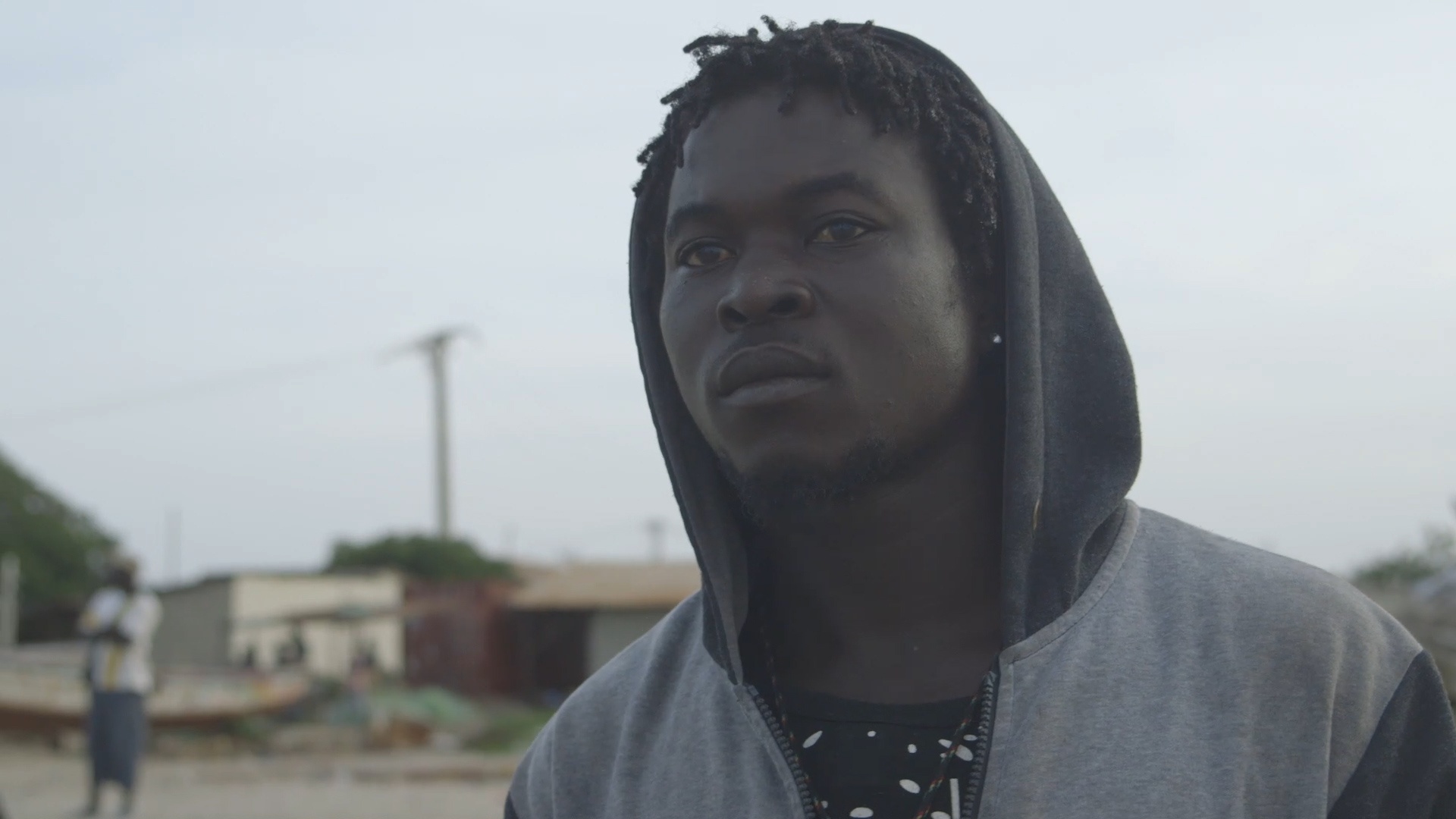 He experienced a difficult path. Escape and return, a story of migration which he still caries on his shoulders. 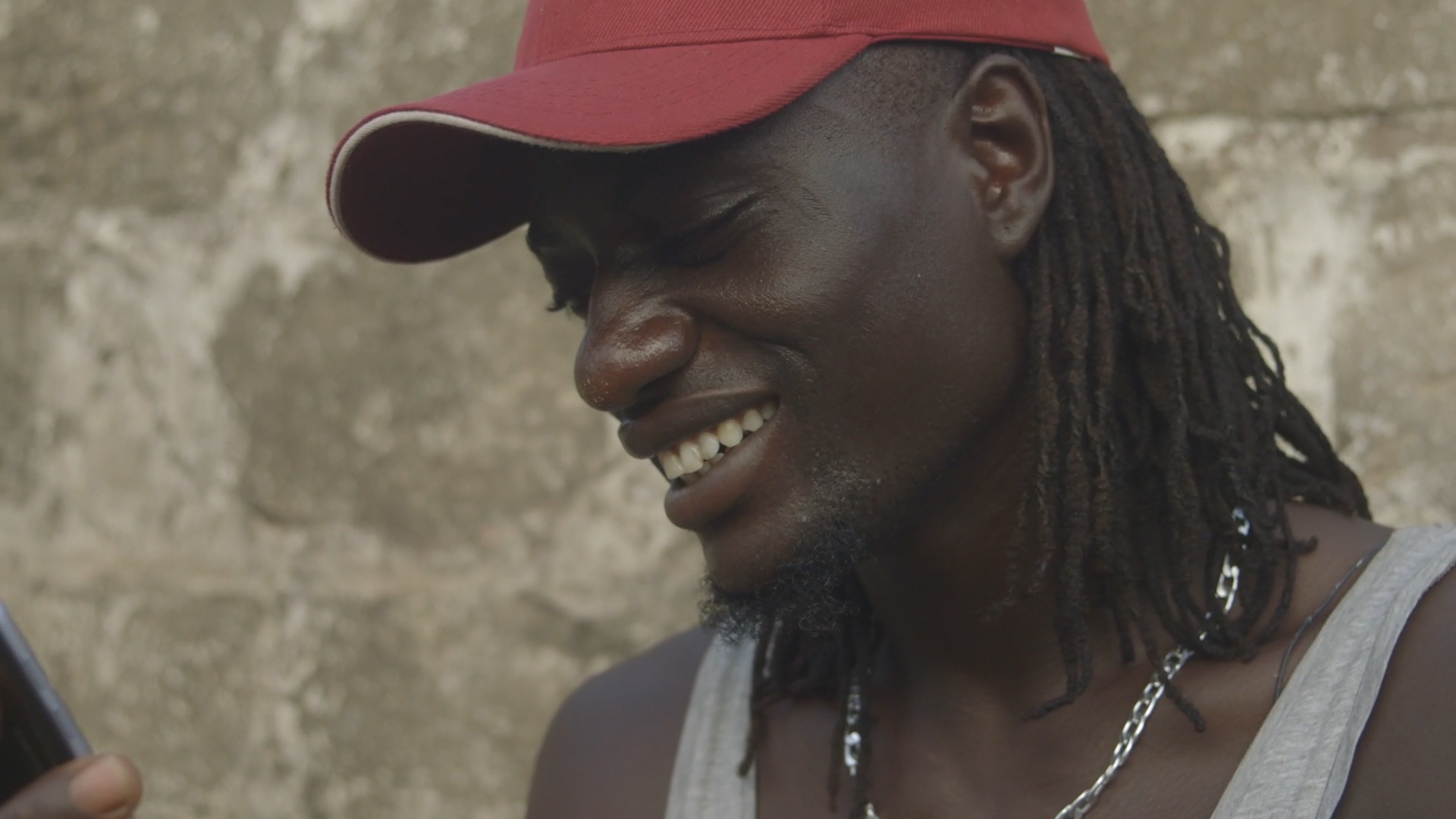 Bakau fisherman. Although the city is free from Chinese factories, their activity is strongly felt here. Every night Abou sees Chinese ships in the ocean, also during the day when he sets out to sea with his small wooden boat. Frustration and fear became part of his daily life. 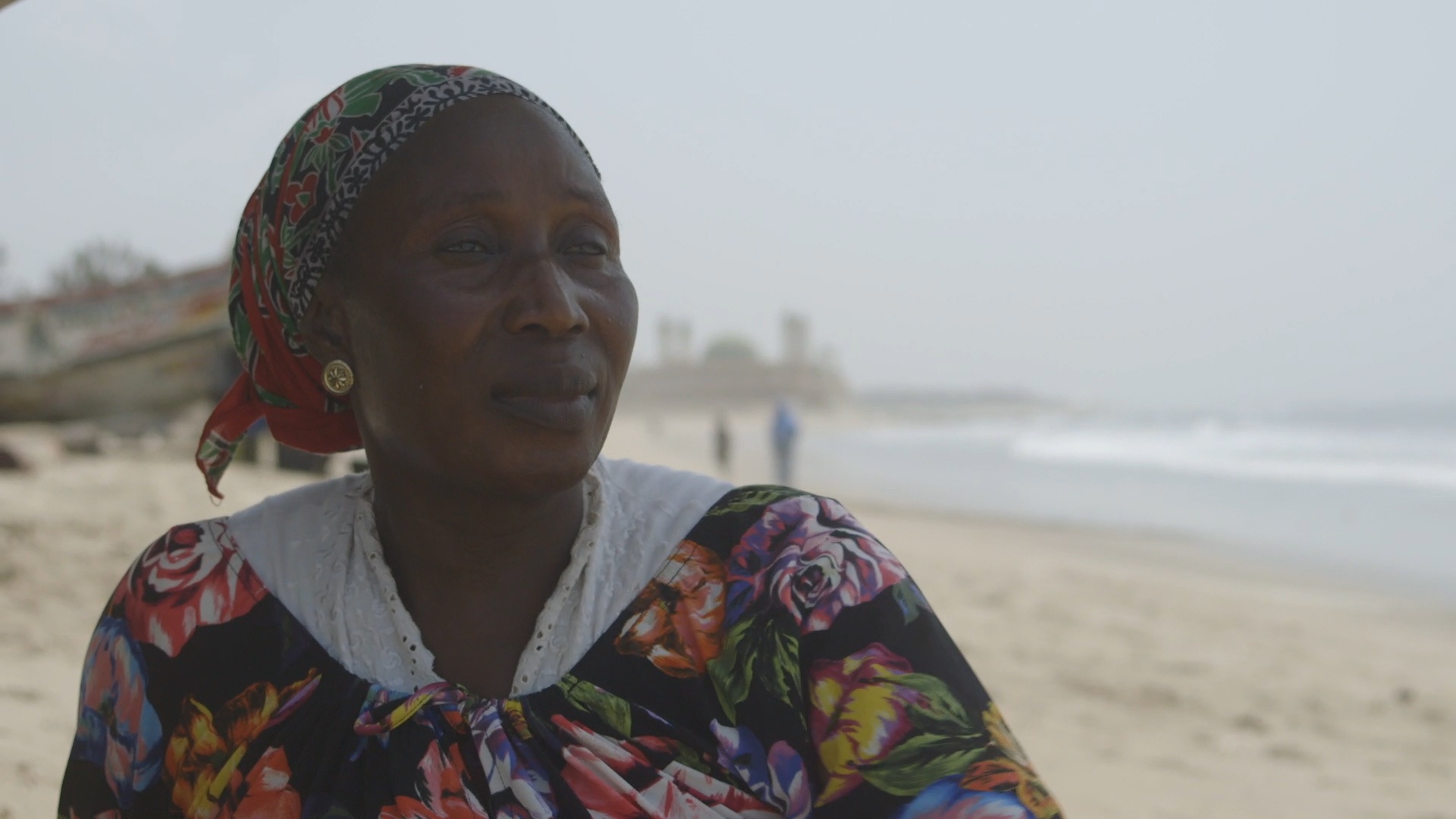 Like many women, she earns her living from smoking and selling fish. It's an exhausting work. Hours of waiting for the boat in the sun, carrying heavy buckets, inhaling smoke. Mariama is a conscious activist. She raises awareness of those who focus of short-term benefits.

Mustapha Manneh - fixer, translator, environmental activist, coordinator of „Their Voice Must Be Heard”, worked with international media such as The Guardian. 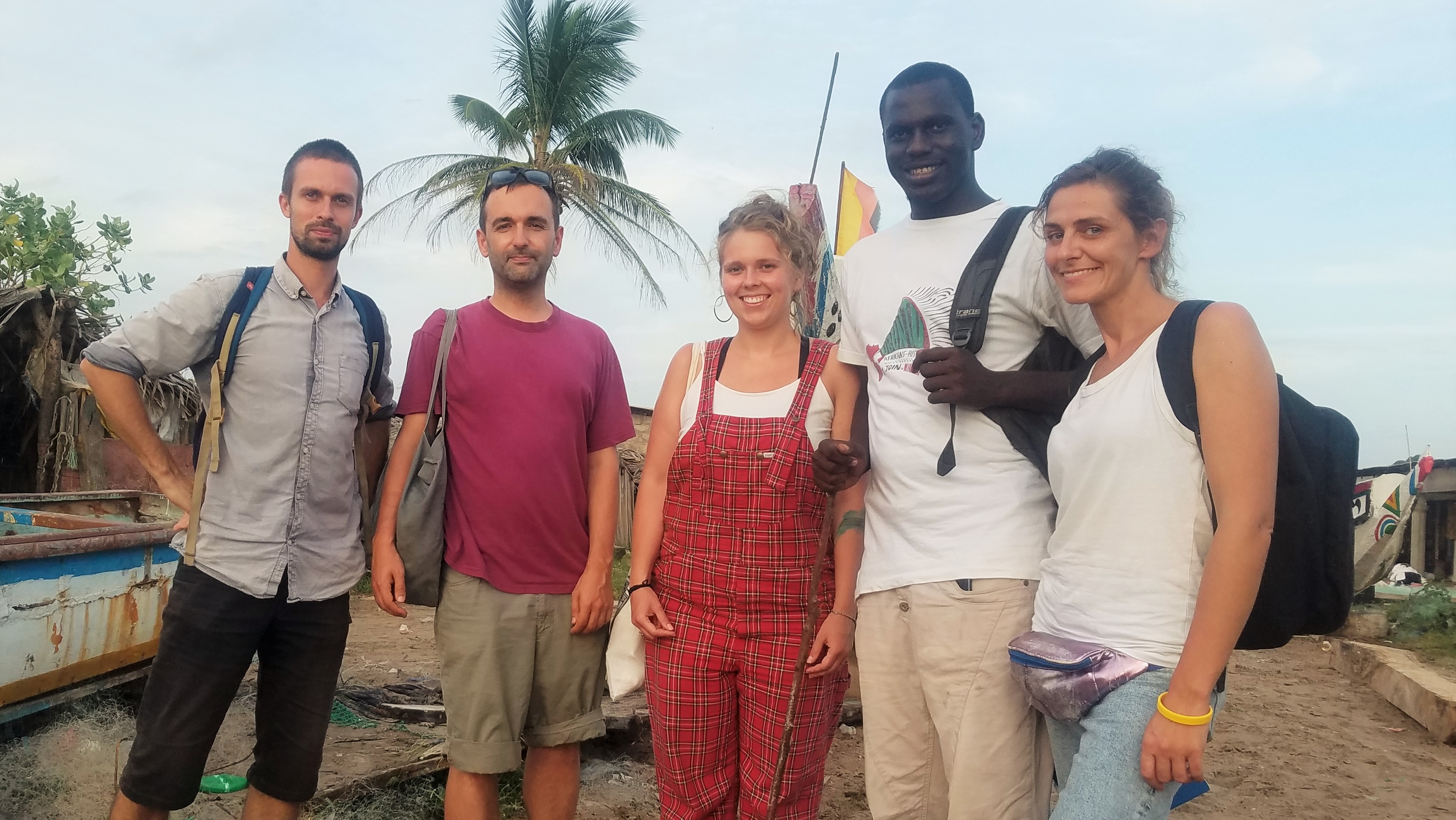 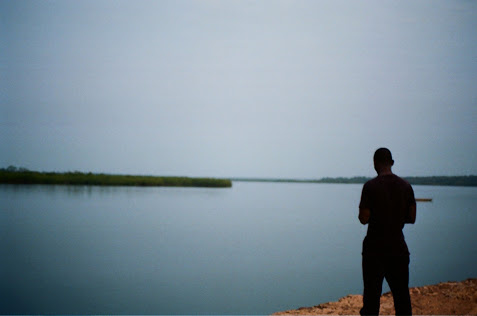 ~ 1 EUR. We will send you the folk wisdom / proverb of the Wolof ethnic group. In the original version and with English translation. 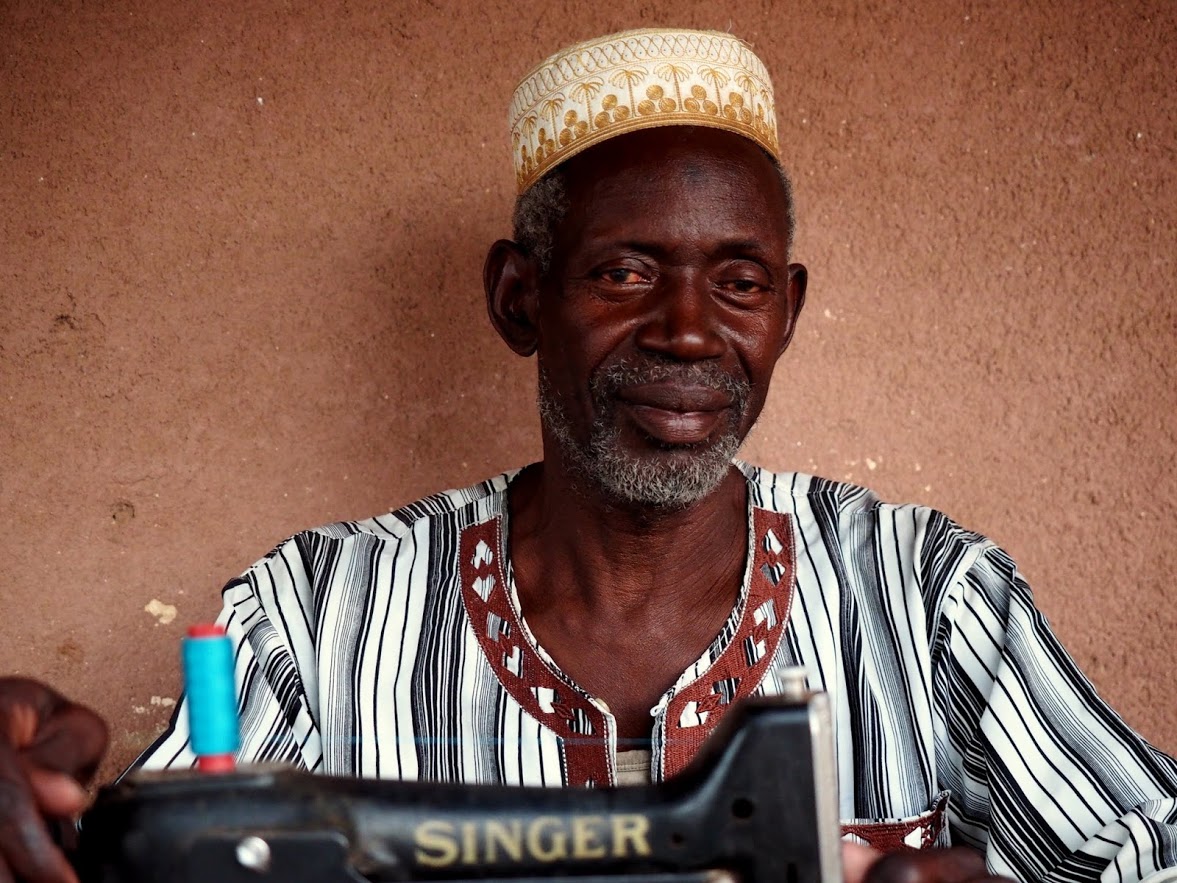 ~ 2,5 EUR. Know your basics when you go to the Gambia (and other countries too)! We will share with you our small-talks lesson in Mandinka, which will certainly help you on your journey, but will also be a language curiosity! + Wolof Wisdom

~ 3,5 EUR. In a small, crowded bus, a new friend sent us gambian music videos via bluetooth that you won't find on the Internet. We will share it with you! + Wolof Wisdom 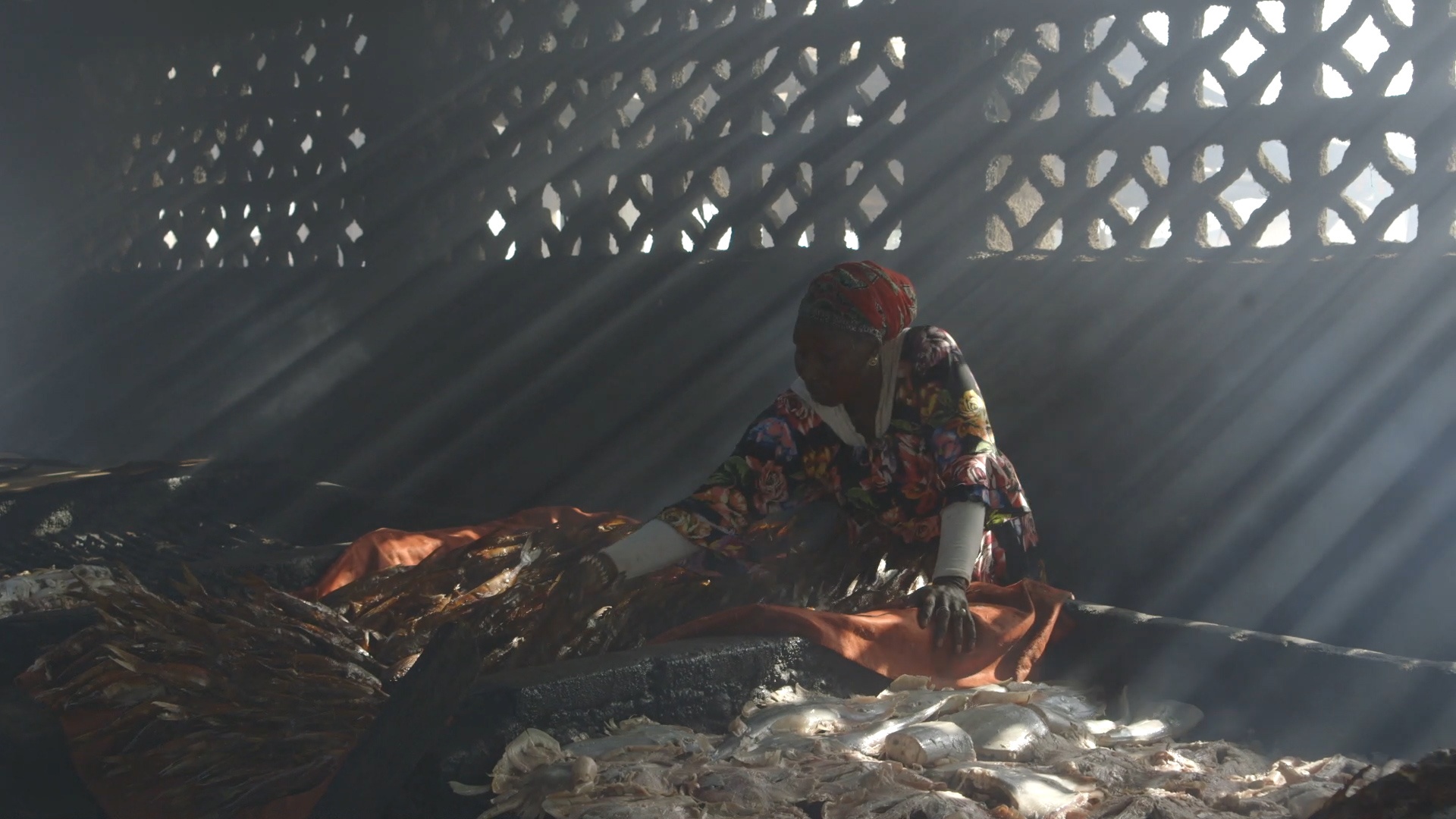 Pocztówka z pozdrowieniami. Greeting card with frame from our movie

~ 4,5 EUR. You will get a postcard with a frame from our movie and warm regards from the film crew! + Wolof Wisdom 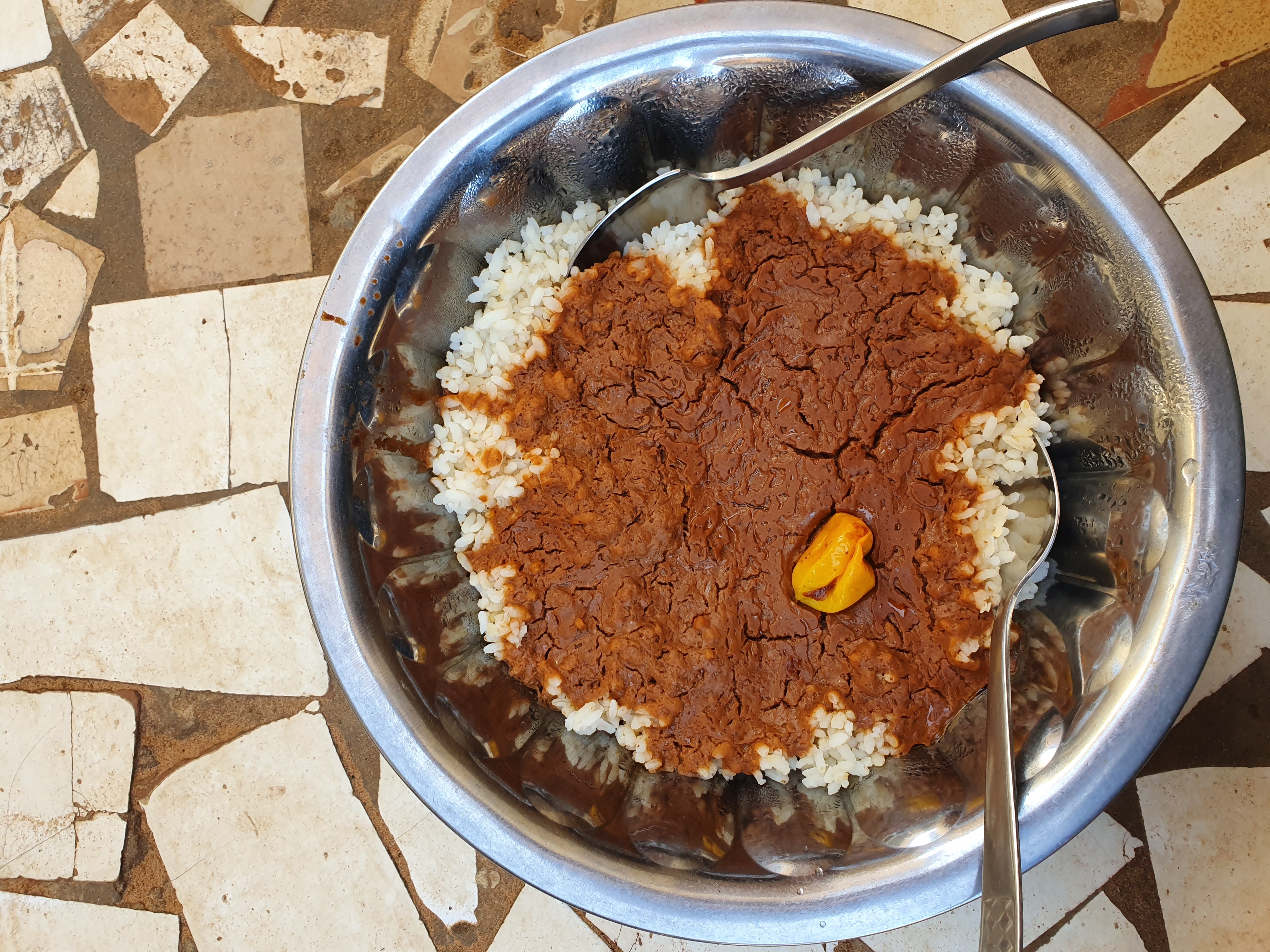 ~ 6 EUR. Wanna learn how to cook Gambian style? We will send you the recipe of our favorite Gambian dish - domoda. 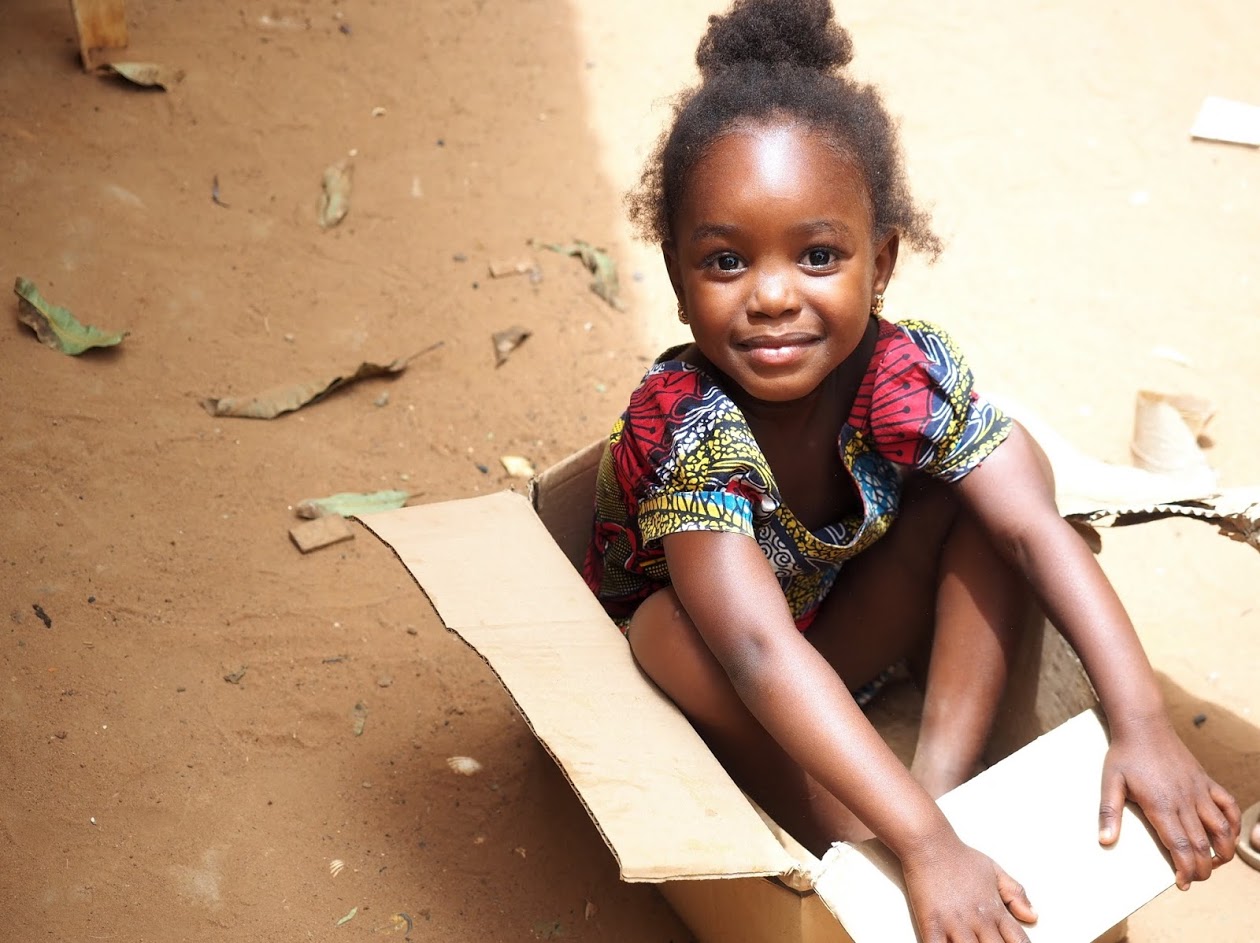 ~ 7 EUR. We will send you a translation of the Gambian fairy tale for children + Wolof Wisdom 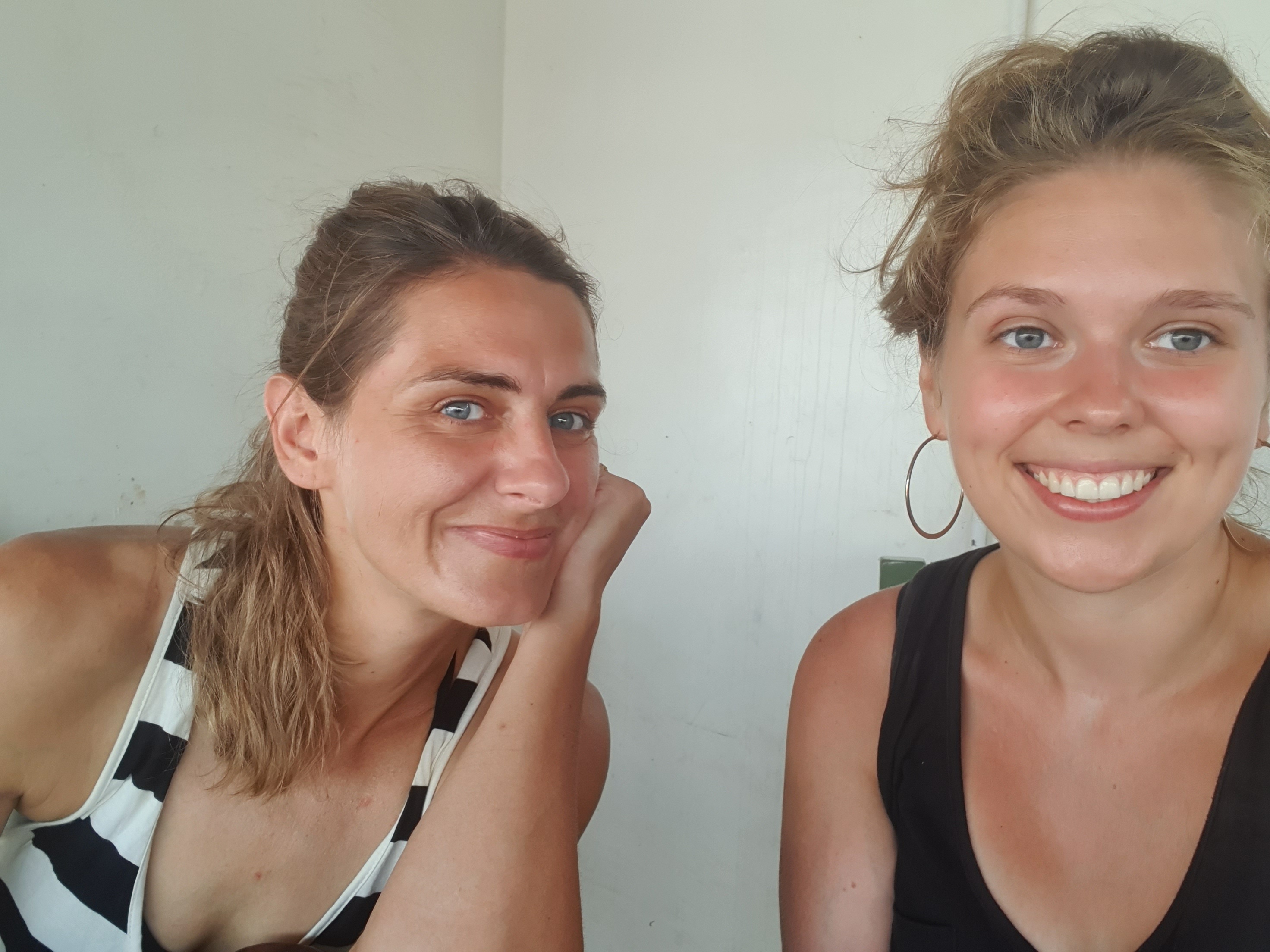 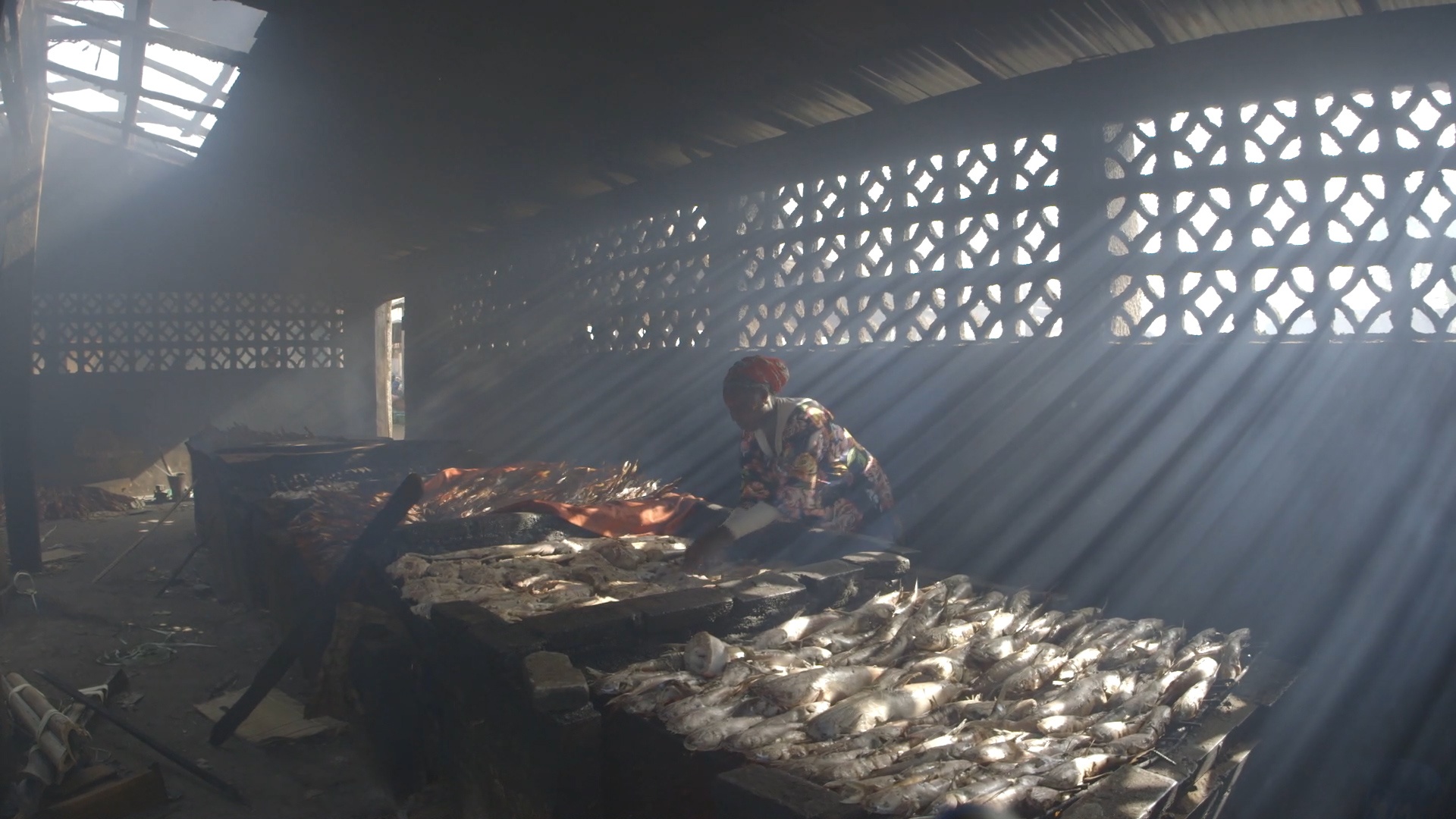 Zestaw 3 pocztówek. Set of 3 empty postcards with frames from our movie 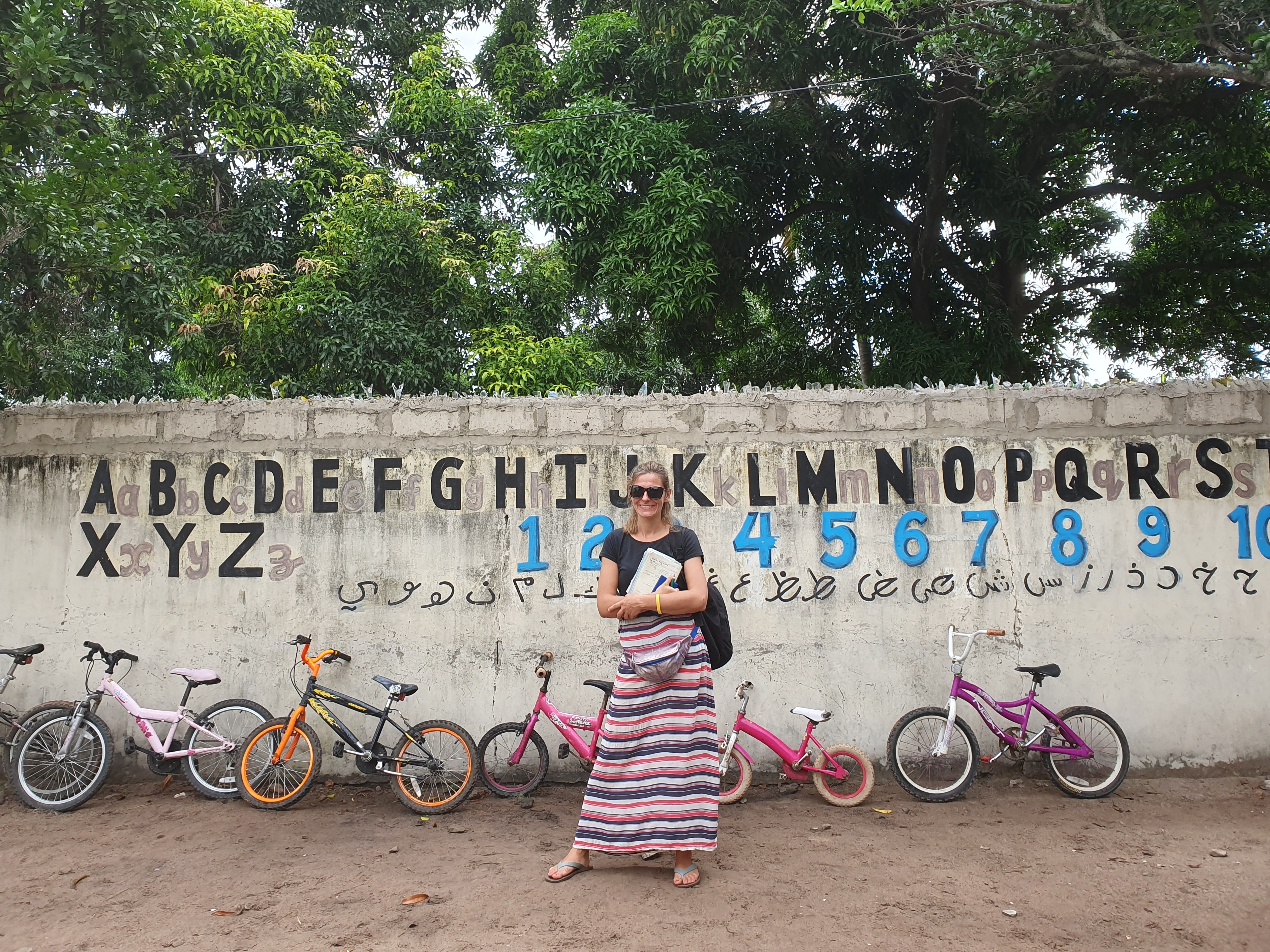 Plakat filmu z podpisem reżyserki. Movie poster with the signature of the director 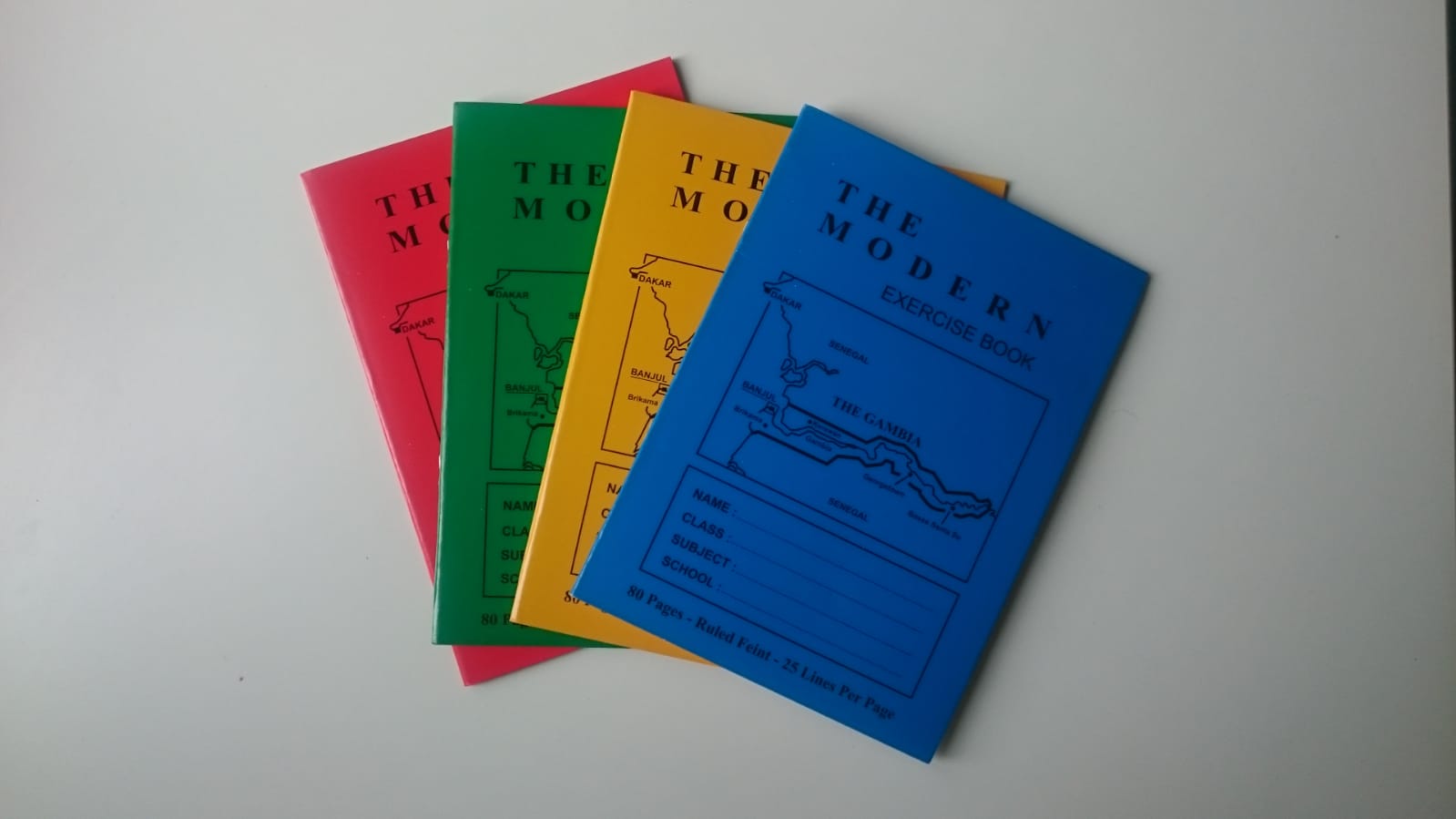 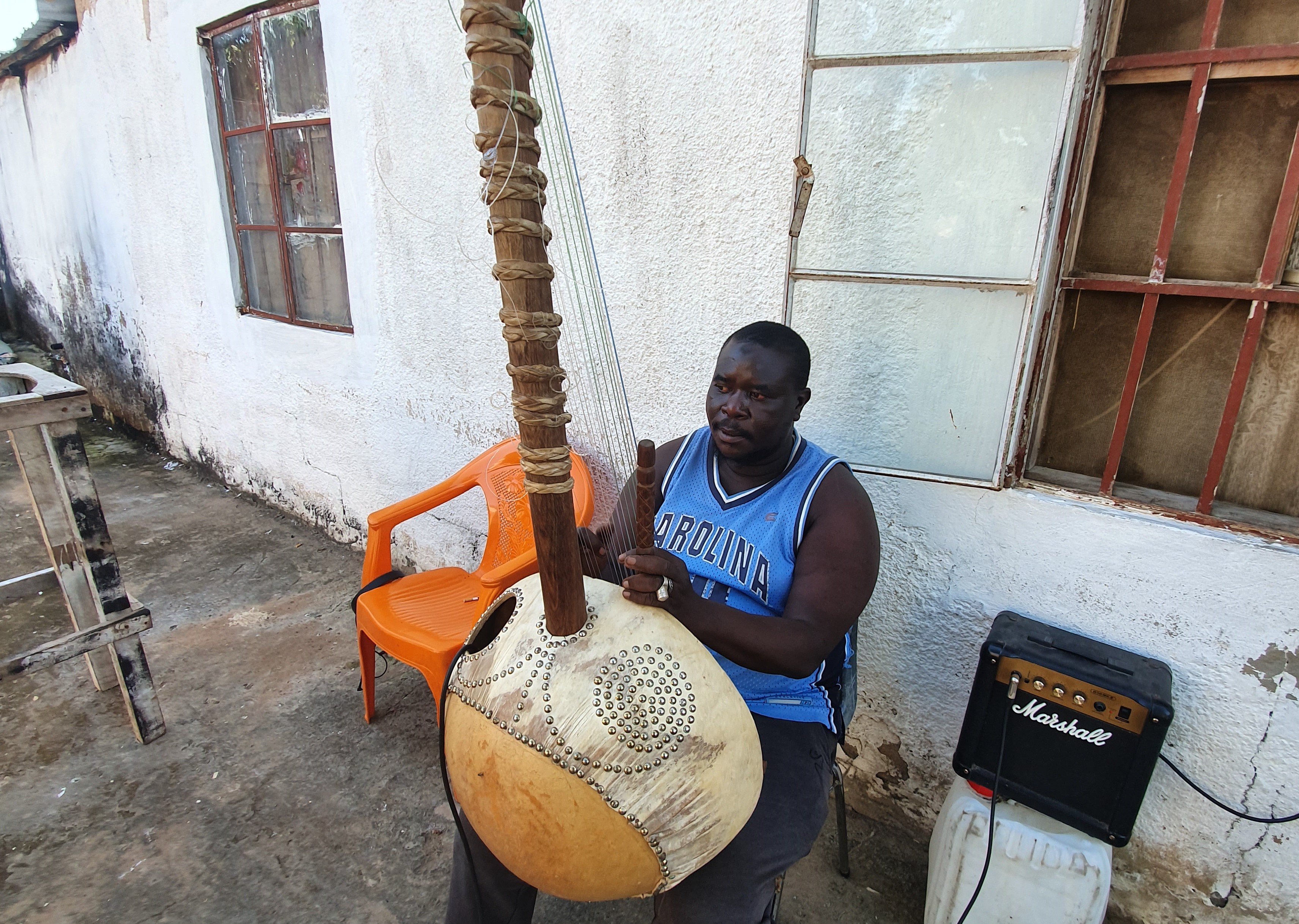 ~ 33 EUR. If you are not in Poland, we will send you electronic version! 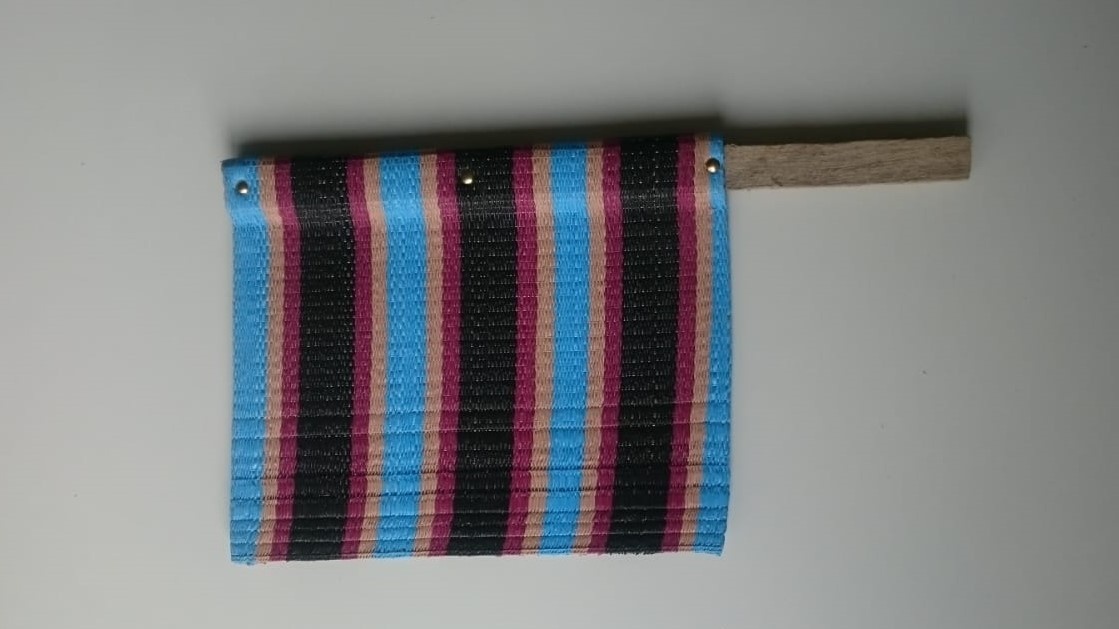 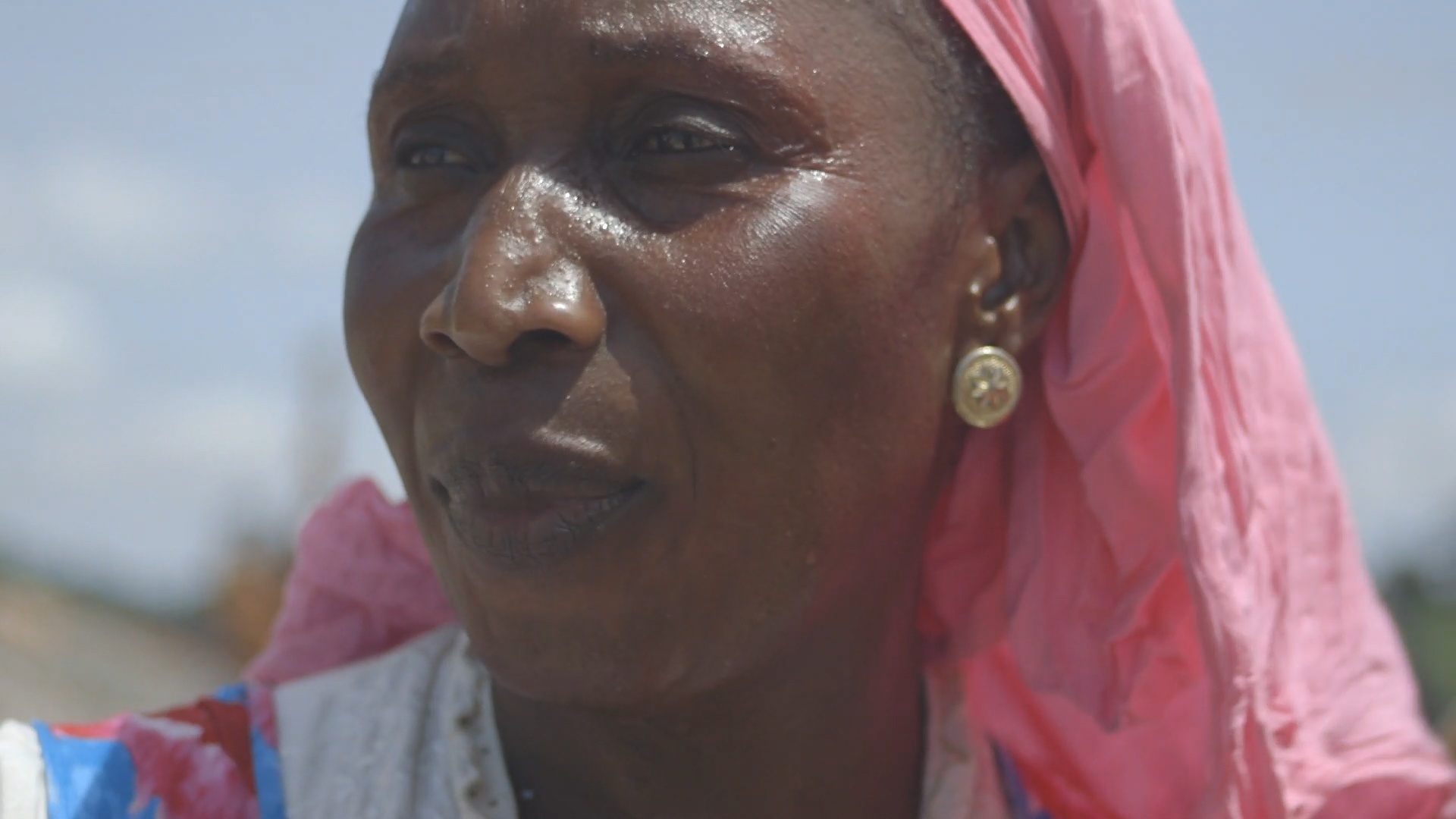 ~ 47 EUR. We will show our documentary only during film festivals. We can send you a private video link that will help you to watch the movie whenever you want. 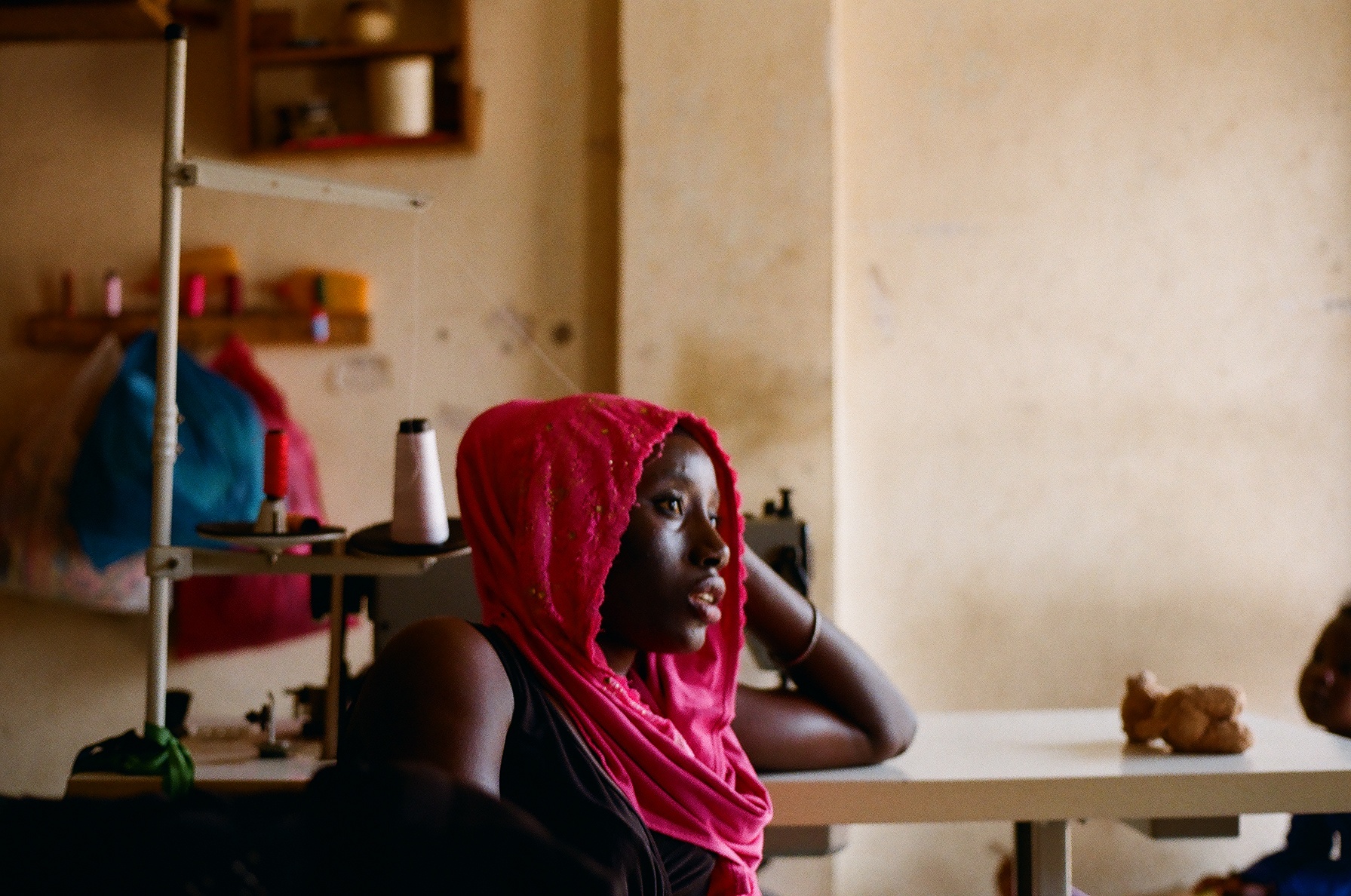 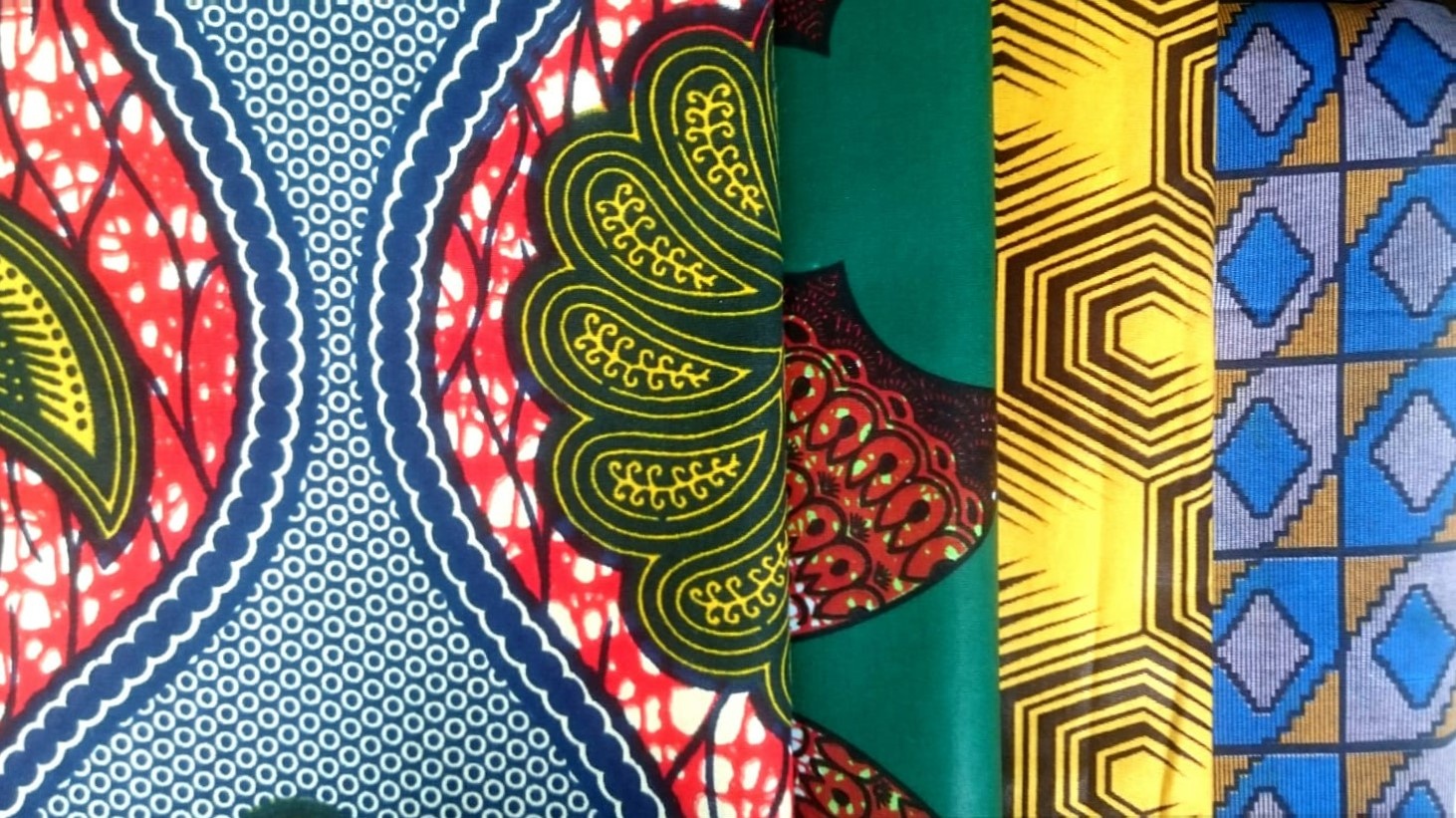 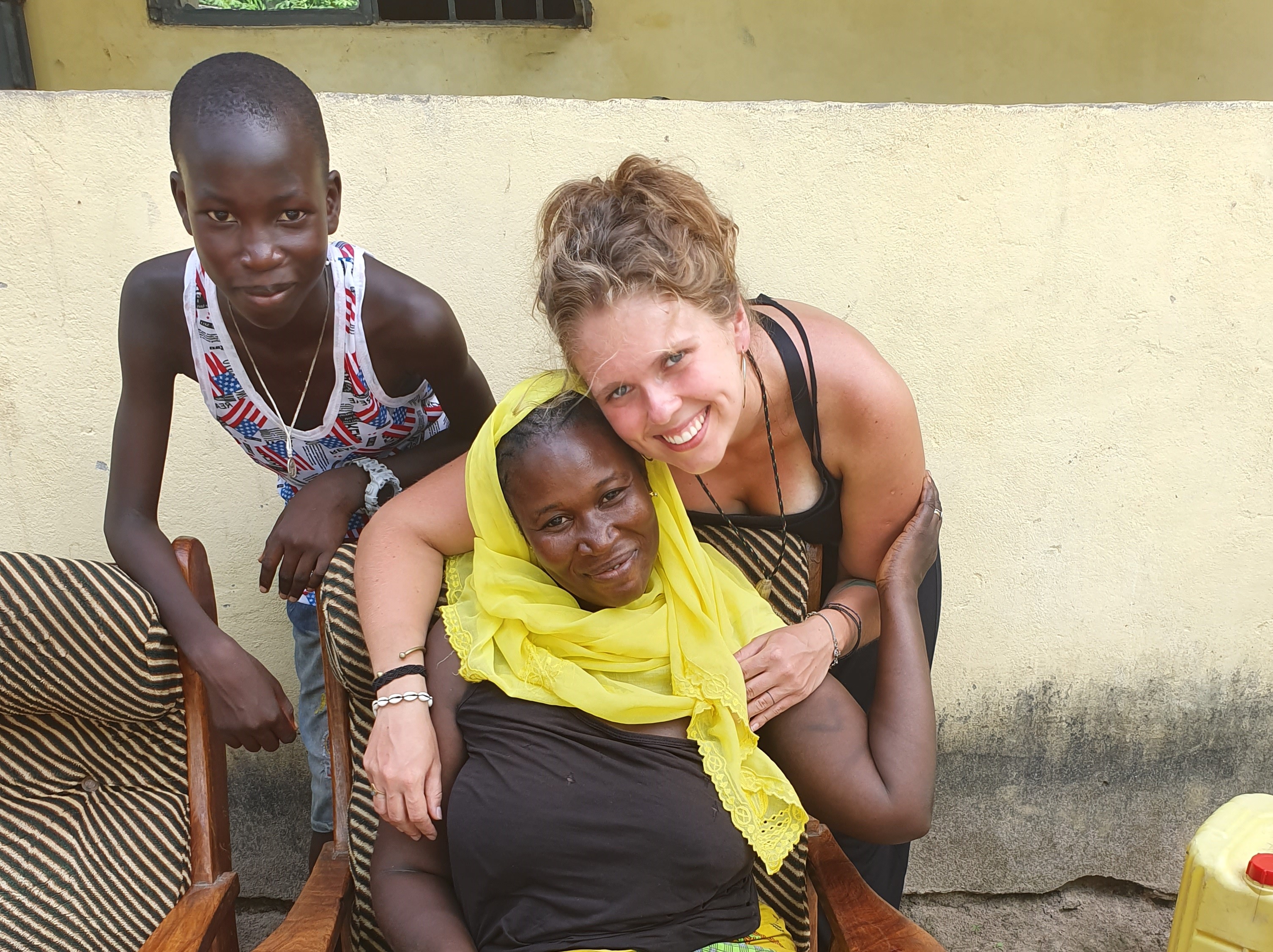 Podróż do Gambii? Pomożemy!. Travel to the Gambia? Emilia will help you!

~ 94 EUR. Emilia will be happy to help you to organize your first trip to the Gambia. She will share with you her knowledge from A to Z. Flight reservations, dates, vaccinations, equipment, the best accommodation, attractions, food, everything you would like to know! You will meet for a coffee or talk on Skype! 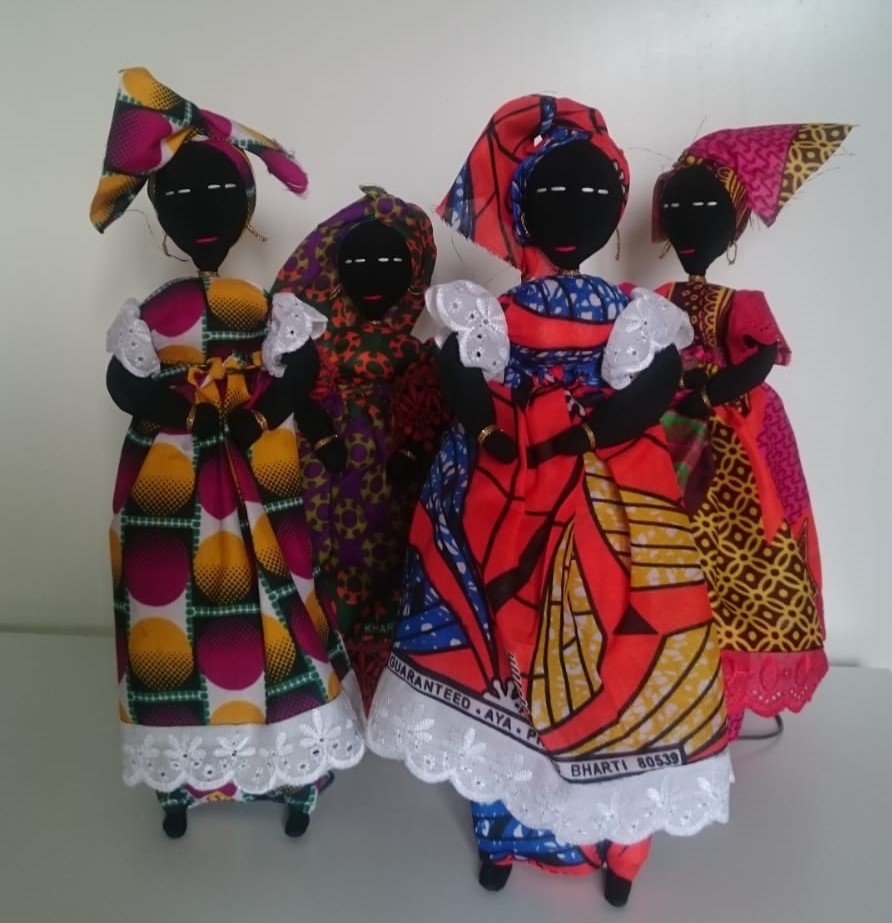 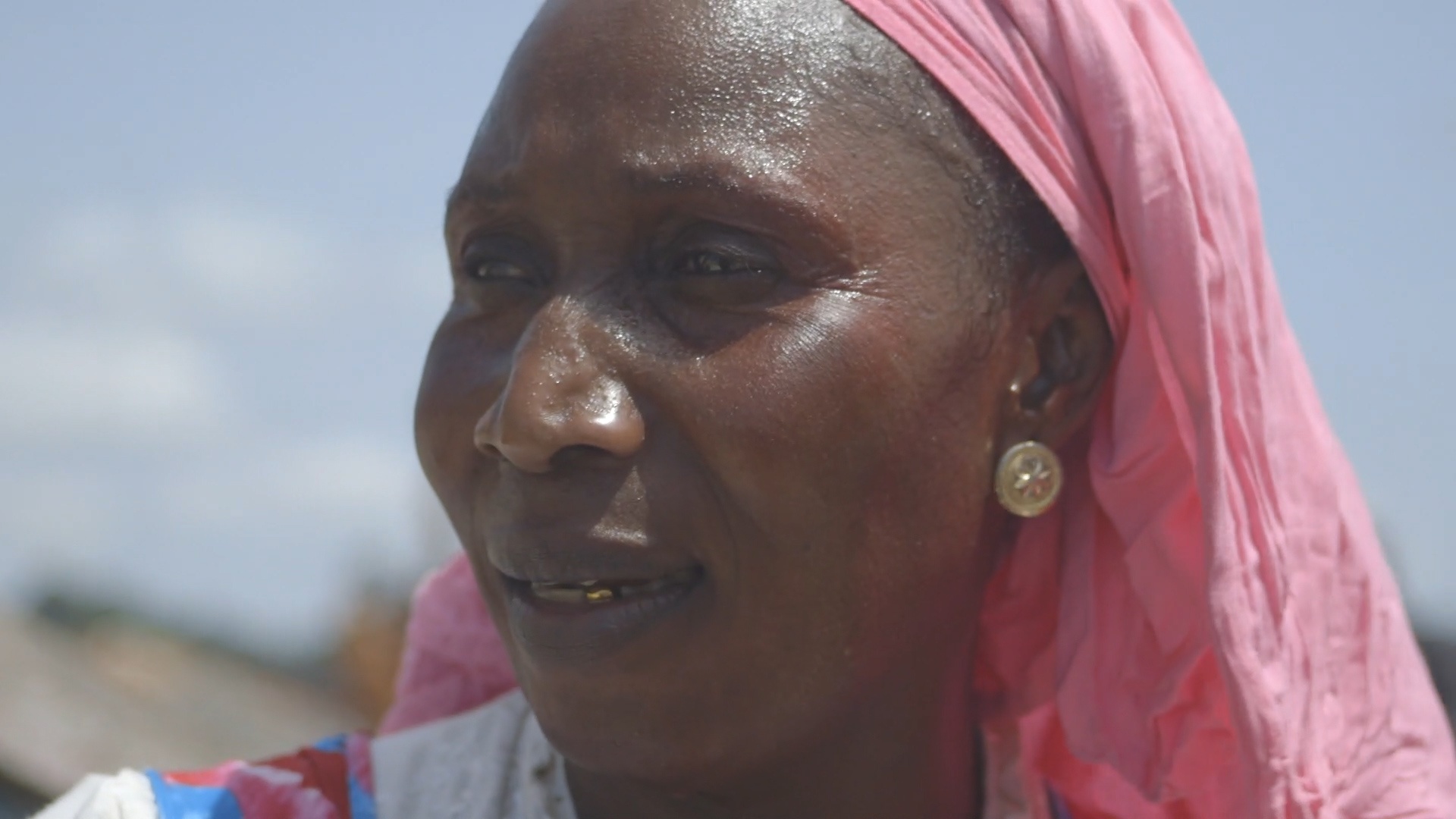 ~ 177 EUR. Title of the official sponsor in credits with payment until January 25. 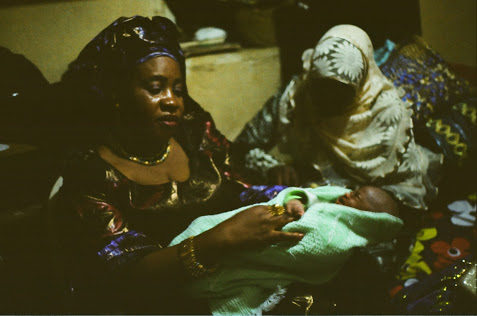 ~ 260 EUR. An individual or group meeting (at school, in the company, at an event, in a group of enthusiasts) with Emilia Pluskota, who will talk in detail about Gambia's culture, social problems, familiarize yourself with local and religious rituals. She will also answer any questions about traveling in the Gambia. Date of meeting you will set with Emilia by private message. Any place in Poland. Language of meeting: Polish or English.