We are making a full-length documentary film about the persecution of Polish judges.

Our protagonists are among the many judges and lawyers engaged in defending the rule of law in Poland: Igor Tuleya, Dorota Zabłudowska, Krystian Markiewicz, Waldemar Żurek.

We have spent almost two years with them, completing over 130 shooting days: all covered by own funds. Our financial resources are not enough to cover editing, post-production and promotion. We need you to make this film happen! 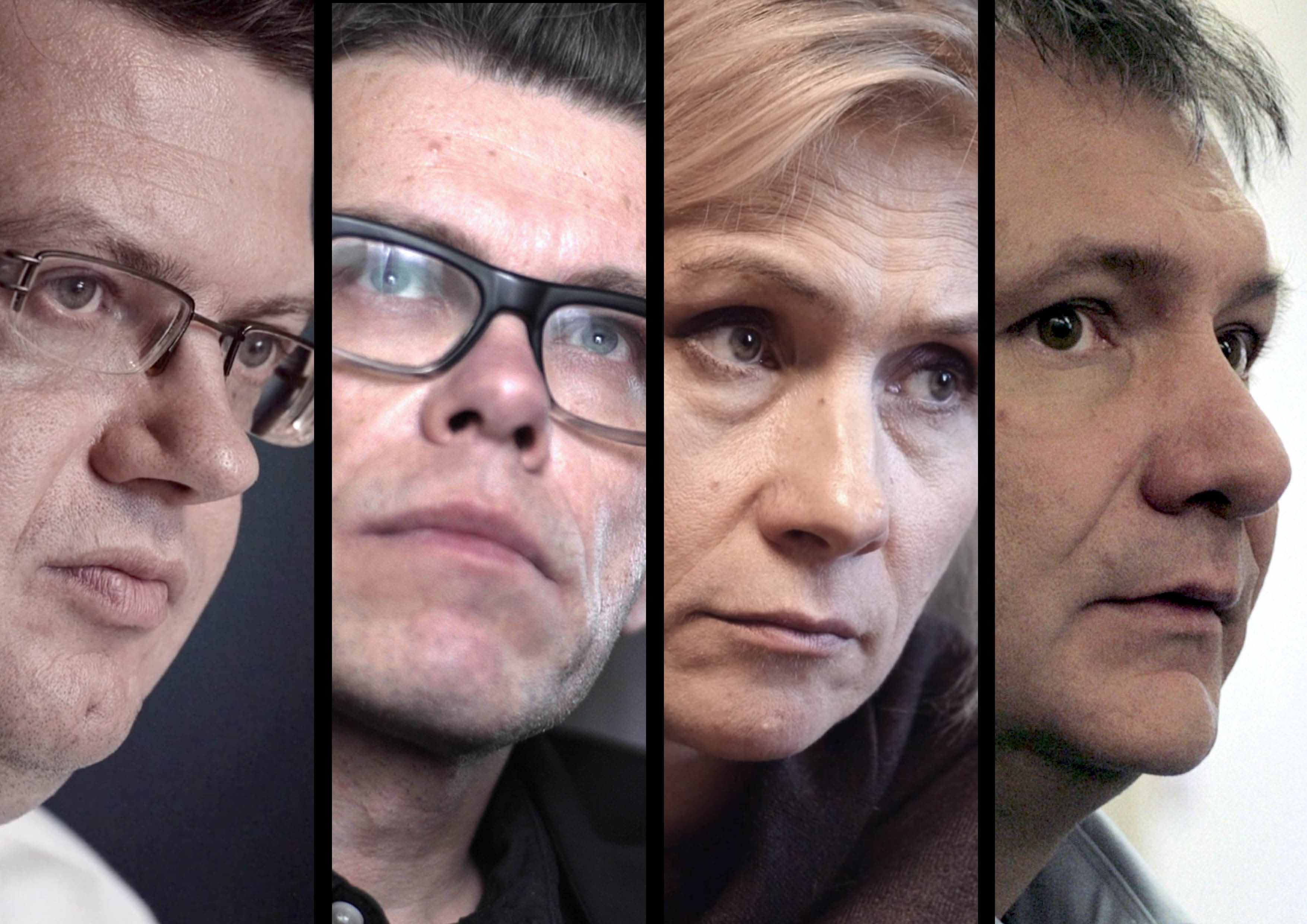 This is a story of people’s struggle against the system.

In the film, the judges do not wear court gowns or chains, they are not distanced from us by the trial table or the solemnity of their office. We see them at a rock festival, meetings with citizens and street demonstrations. We visit them at their homes, capturing their human side, which is usually hidden from the public eye. We listen about their apprehensions and fears.

Our protagonists are vilified by national propaganda, insulted in parliament, threatened, persecuted in disciplinary and criminal procedures. 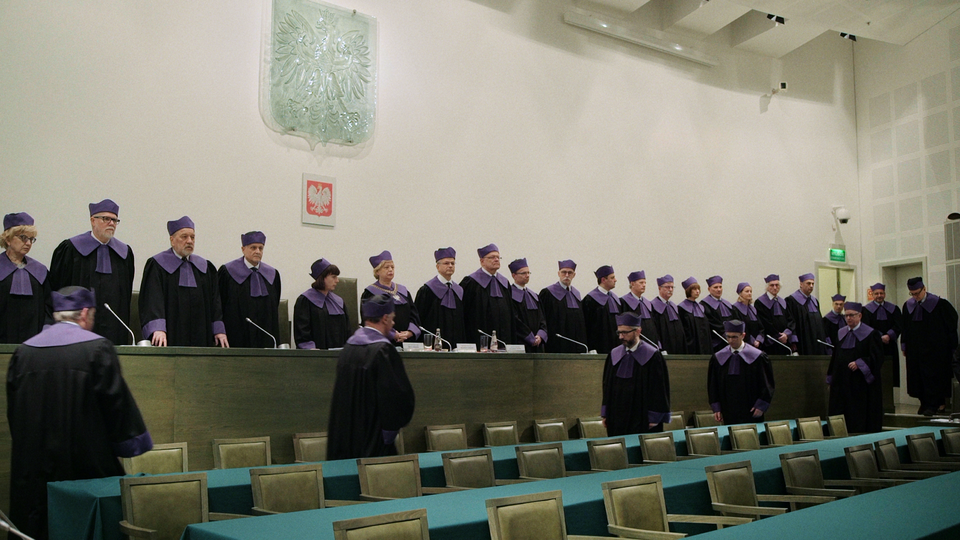 In the last few years under the pretence of reform of the judiciary, the Constitutional Court, the National Council of the Judiciary and the Supreme Court all lost their autonomy. The Ministery of Justice organised an online hate group which slandered judges. The outrageous “Muzzle Law” was passed. Unlawful elections were first organised at the cost of 70 million złoty (≈ € 15 million) and then cancelled at the last minute. Finally, the right to abortions was taken away from Polish women and men. Millions of people across Poland took to the streets to protest for many months, showing a red card to those in power.

When institutions give way, only people are left to resist.

Judges defend citizens’ rights against the ambitions of politicians.

Citizens stand with judges in this fight. 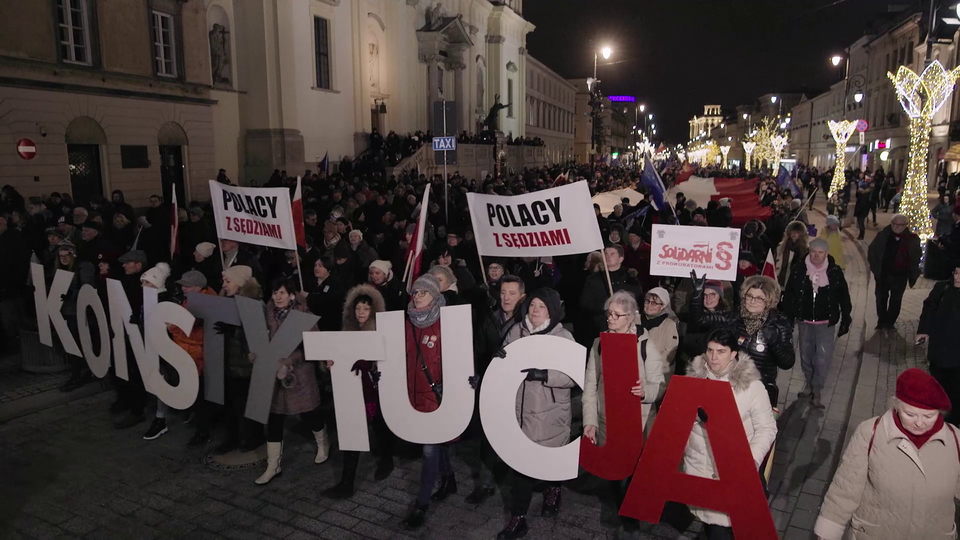 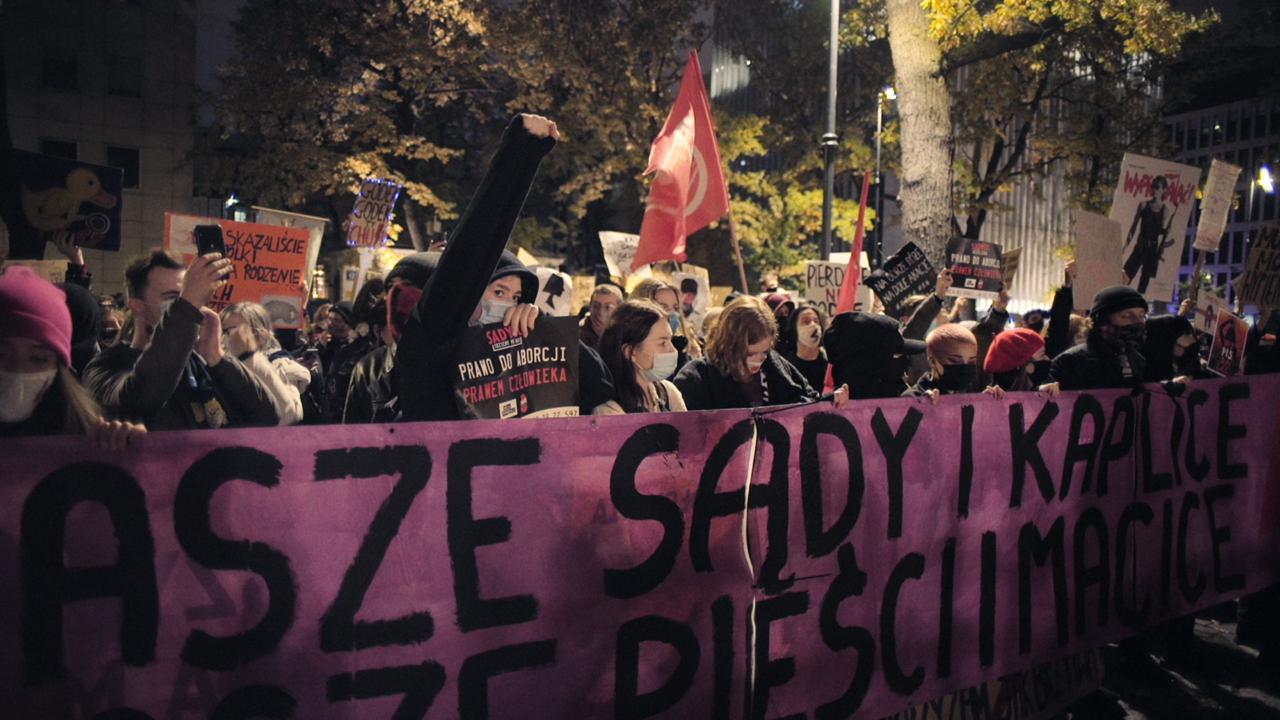 When the state becomes anarchist, we must stand by the law. It is our civic duty and we perform it as we know best – camera in hand.

We are two filmmakers, graduates of the Łódź Film School. We set up Lollipop Films to shoot independent, politically engaged films like this one. Iwona Harris is the producer and production manager and Kacper Lisowski is the director, screenwriter and director of photography.

To find out more about us visit: www.lollipopfilms.pl/index_en.html 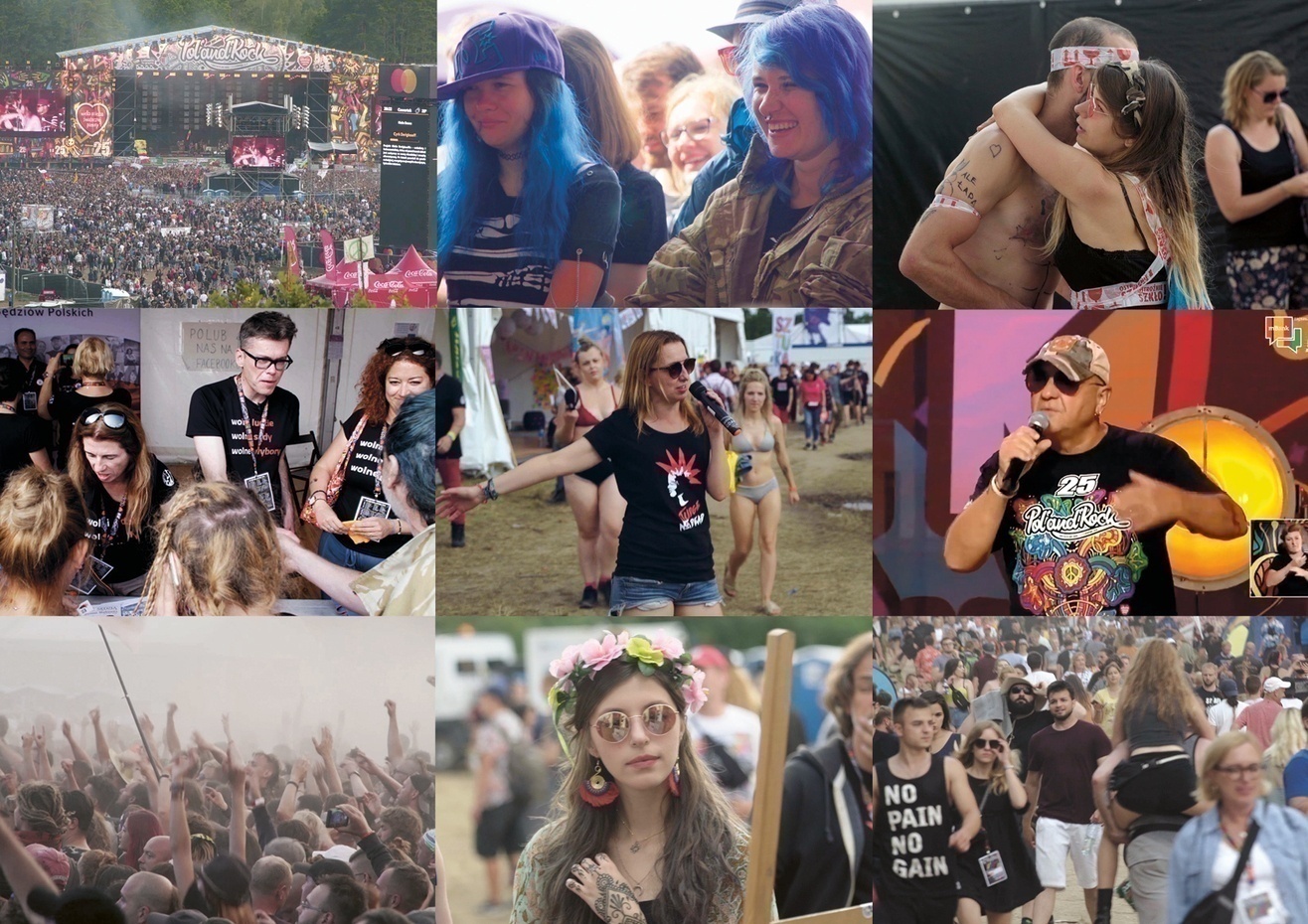 How much do we need?

We will make every effort to make the film available to a wide audience in Poland and submit it for international film festivals. This is a film with a cause, but we do not mean to compromise on visual and technical standards. Music is also going to play a big role: here we want to draw inspiration from Polish punk rock.

We would be grateful for your donations and sharing the link to this fundraiser. 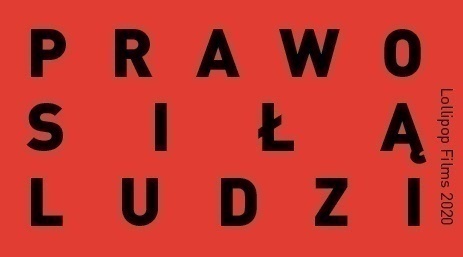 Every person who donates 20 zł will receive a printable artwork designed for this occasion. You can turn it into a postcard, sticker or poster. It will bear the slogan: LAW IS PEOPLE’S STRENGTH. The artwork is designed for us by a famous Polish artist – more information is coming in our updates!

If you wish to receive the reward, send us a message with your email address. 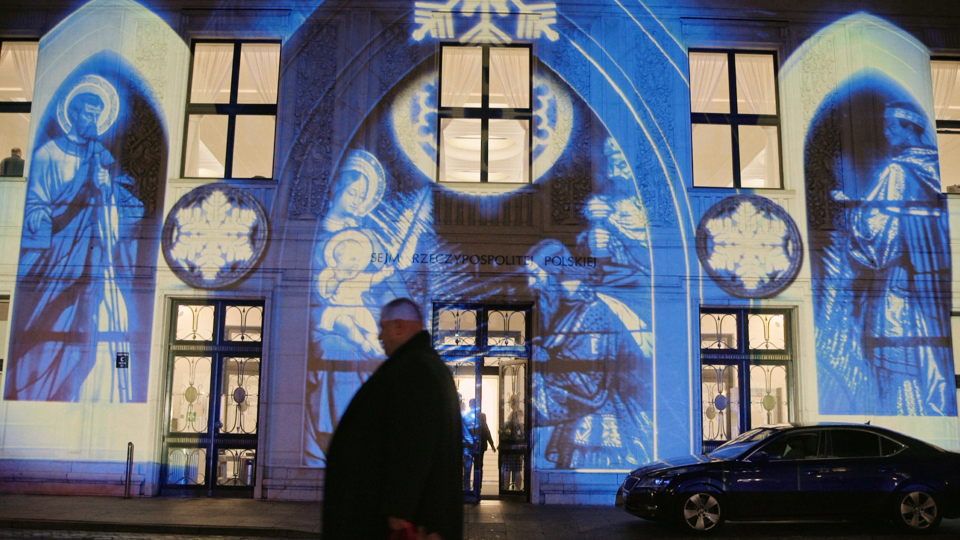 Webinar z twórcami i bohaterami. Webinar with creators and protagonists

If you donate above 100 zł you will receive an invitation to participate in a webinar featuring the creators and protagonists of the film. The webinar will take place before the official release date and will show extracts from the film. You will also receive the themed artwork.

If you wish to receive the reward, send us a message with your email address. 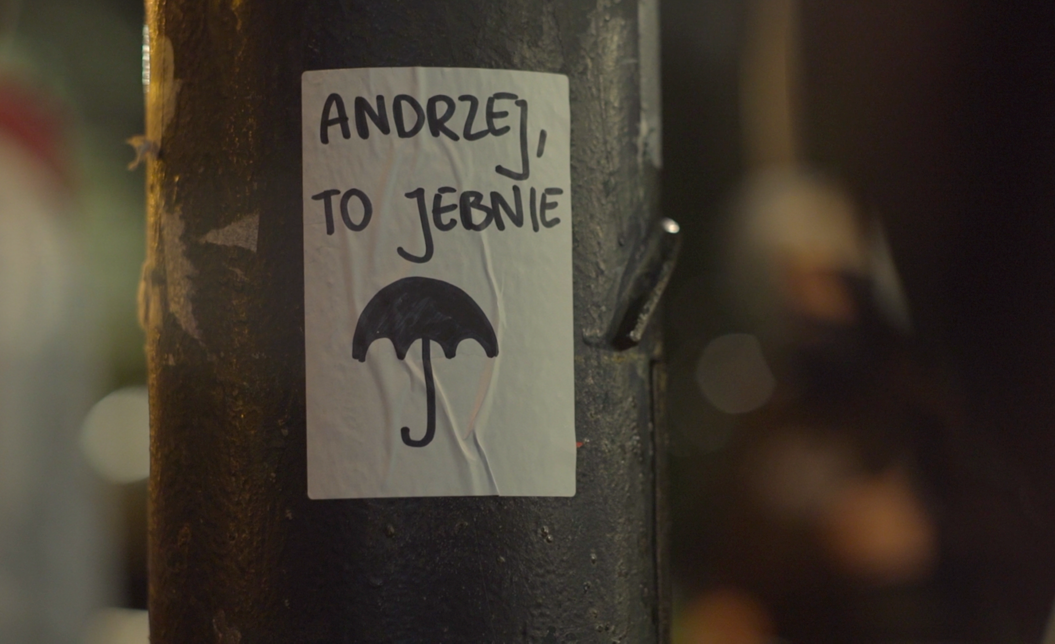 Dedicated fans of the project who support us with over 300 zł will receive a DVD version of the film – as soon as we are able to publish it. You will also receive an invitation to a webinar with the film’s creators and the themed artwork. Moreover, we can (if you wish) add your name to the end titles.

If you wish to receive the reward, send us a message with your email address. If you also wish for your name to appear in the end titles, please make it clear in your message. 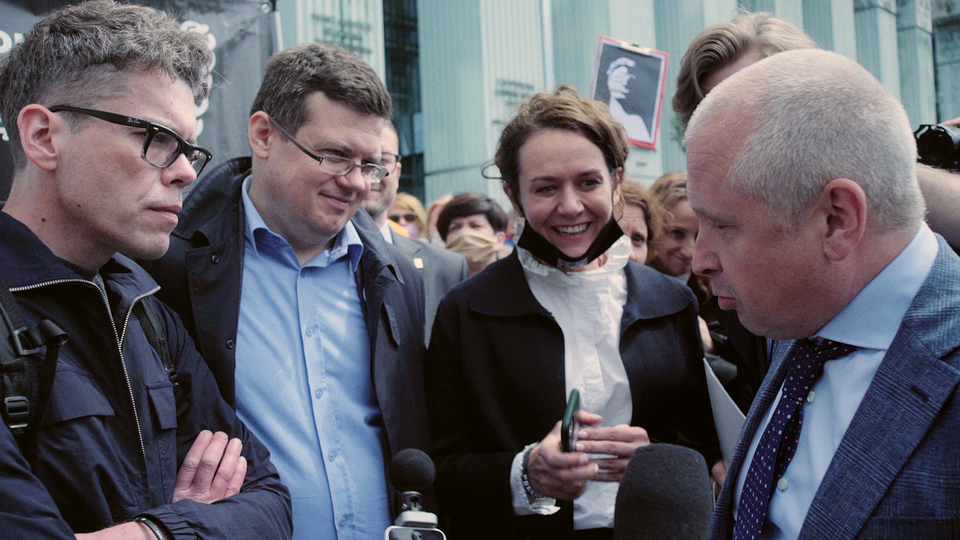 If you are among the incredibly generous donors who contributed 1000 ZŁ or more, we would like to invite you to a cinema screening of the film before it enters official distribution (pandemic restrictions allowing). You will also receive the film on DVD, an invitation to a webinar with the creators, and the themed artwork. Moreover, we can (if you wish) add your name to the end titles.

If you wish to receive the reward, send us a message with your email address. If you also wish for your name to appear in the end titles, please make it clear in your message.