SEMA Ukraine is part of an international organisation campaigning against sexual violence against women in wartime.

SEMA Ukraine is a network of Ukrainian women who suffered sexual violence during the all-too-often forgotten conflict in the Donbas region that started in 2014. Women were subjected to rape, mutilation of sexual organs, forced nudity, torture, and video recording of acts of sexual violence against them. After the Russian invasion on 24 February 2022, history is repeating itself. We hear an increasing number of reports evidencing sexual assaults against Ukrainian women As many members of SEMA remain in Ukraine and fight for their freedom, they need our support to protect their freedom.

We are crowdfunding for:

SEMA Ukraine, known as the Ukrainian Network of Women Affected by Sexual Violence, is composed of survivors who have been raising general awareness and supporting the emotional recovery of other survivors of sexual violence throughout Ukraine since 2019. The members of the group are themselves survivors of sexual violence and have received death threats from the Russians for their actions.

As the Russian war is getting more and more cruel, SEMA Ukraine is involved in supporting women who expierienced rape and sexual violence in all regions of Ukraine, including Bucha, Irpin and Gostomel. The members of SEMA need our support right now. We are helping them collect money for medical products, humanitarian aid and for gasoline so they continue their humanitarian work and defend their country. Some of them had their houses destroyed by shelling: your donation can provide them with a safe shelter to rest.

Hear their voices: ‘We are Ukrainian women who have suffered from Russian aggression in Donbas. Each one of us has felt the cruelty of the occupiers. We endured tortures, sexual violence and years of illegal detention in Russian-occupied territories. [...] But we did not give up, we did not break.’

Dziewuchy Szwajcaria group was founded in 2016 in Zurich. Since 28. November 2020 we are an official association. We organize meetings, discussions, solidarity actions, workshops and protests. Our main subjects are striving to decriminialize and legalize abortion in the world as well as the rule of law, equality and social diversity. We also focus on feminist and sexual education along with reproductive and mental health of women abroad. We stand in solidarity with Women’s Strike in Poland.

On behalf of SEMA Ukraine, we thank you for supporting their struggle and campaign against sexual violence against Ukrainian women! May their courage and selflessness be an inspiration to us all. Please donate to SEMA Ukraine! 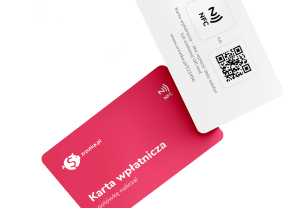 Create your moneybox and collect for