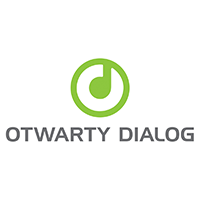 Since 24 February, when Russia invaded Ukraine, we have been doing everything to support our friends and neighbours. Today, Ukrainians are defending Poland, Europe and the values of the entire West - paying the highest price. We will not leave them alone!

In the period from 2013 to 2016, we ran large-scale collections and humanitarian aid campaigns, first in support of the Maidan protesters and then of the Ukrainian people and soldiers in the wake of the aggression launched by Russia in March 2014.  Having already had experience in this, the present state of affairs obliges us to resume this activity. Back then, we were supported by thousands of benefactors from all over Poland - today, once again, we must appeal to your generosity.  Below we remind you of the summaries of what - thanks to you - we were able to do then and how we brought help to Ukraine and Ukrainian refugees in the first two months of the war after Putin's military aggression against Ukraine at the end of February this year.

Thanks to your support during March-April 2022 we collected over PLN 14 million for humanitarian aid for Ukraine. These funds - sent to us in the form of donations to bank accounts, public collections on the zrzutka.pl portal, sent via PayPal or collected during fundraising events in Warsaw theatres - were used to send humanitarian aid to Ukraine and support Ukrainian refugees in finding shelter in Poland and other countries in the European Union.

Our help in March-April included 45 transports. As part of these transports, we delivered nearly 57,000 pieces of equipment to Ukraine, including 5097 bulletproof vests and 500 ballistic inserts, 978 helmets, 141 night vision and thermal imaging devices, 6 reconnaissance drones, 80 portable radios, 2 ambulances, 2 ventilators and thousands of pieces of tactical equipment and medical supplies.

In addition to sending humanitarian aid across the eastern border, our activities also include support for Ukrainian refugees. During March-April, with the help of our wonderful volunteers, we managed to find a roof over the head in Poland for 5000 refugees. We also helped relocate 952 people and 50 cats, dogs and other pets to other EU countries. Transporting refugees from the Ukrainian border into Poland, 40 of our drivers have travelled 142,000 kilometres - a distance equivalent to 20 flights between Warsaw and New York!

We have also opened two Houses for Independent Mothers from Ukraine - one in Jakubowizna and one on Ujazdów Avenue in Warsaw. It has already sheltered 15 mothers and their 17 children, whom we want to help start a new life in Poland - we help them find a job, provide therapeutic care and create communities where women support each other.

In addition to the above-mentioned activities, our assistance also includes a number of other actions, such as the delivery of 20 500 hot soups to the border and to the front line, thousands of temporary accommodations for people waiting for relocation and a number of others. And we do not intend to slow down at all... 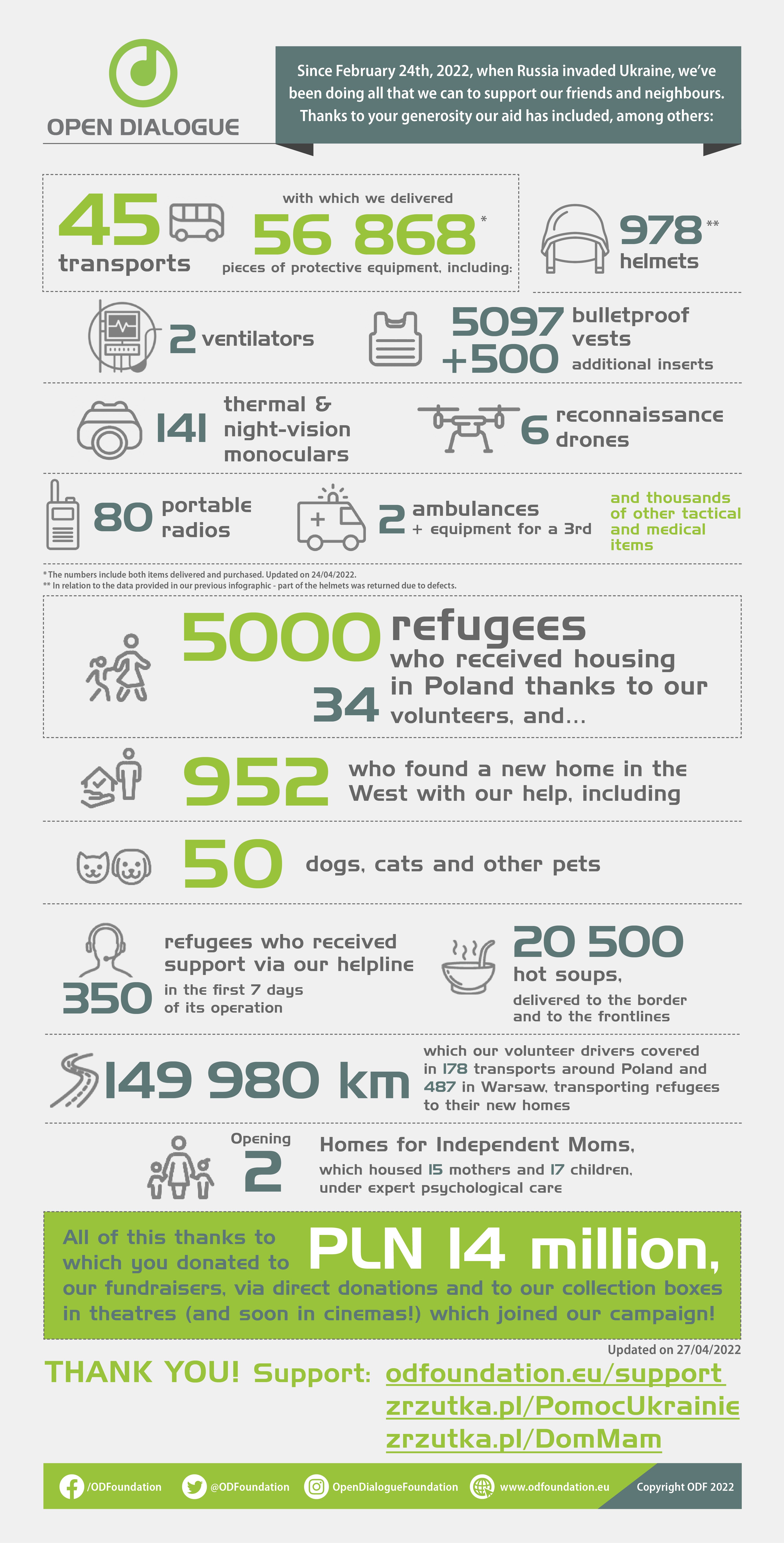 Thank you for being there, and if you like what we do, you can still support us at: zrzutka.pl/PomocUkrainie & zrzutka.pl/DomMam. Every zloty counts - as Ukrainians today need not only solidarity, but also direct help. Let’s show that resistance to Putin’s aggression and solidarity with the suffering of our neighbours are not just empty words.

The Open Dialogue Foundation (ODF), was established in Poland in 2009 and specialises in the protection of human rights, democracy and the rule of law. ODF was the first foreign NGO to directly support Ukrainian freedom fighters during the Revolution of Dignity in Kyiv’s Maidan square and in the later years of the war in Donbass, collecting and donating support worth over PLN 1 million in 2013-14 and over PLN 200,000 in 2015. During that time, we delivered over 42 tonnes of aid supplies, including over 12,000 medicines, over 500 medical kits, hundreds of bulletproof vests and protective helmets, and also ambulances to rescue soldiers on the front line. (See detailed financial summaries and reports here and here).

In recent years, having the support of activist friends, movements and civil society organisations, we have successfully organised and reported on many fundraising campaigns advertised on Zrzutka.pl, among others:

Contact for supplies (this contact is for suppliers of vests/helmets and military equipment + first aid items): [email protected]

Contact for media only: [email protected] (other topics will remain unanswered)